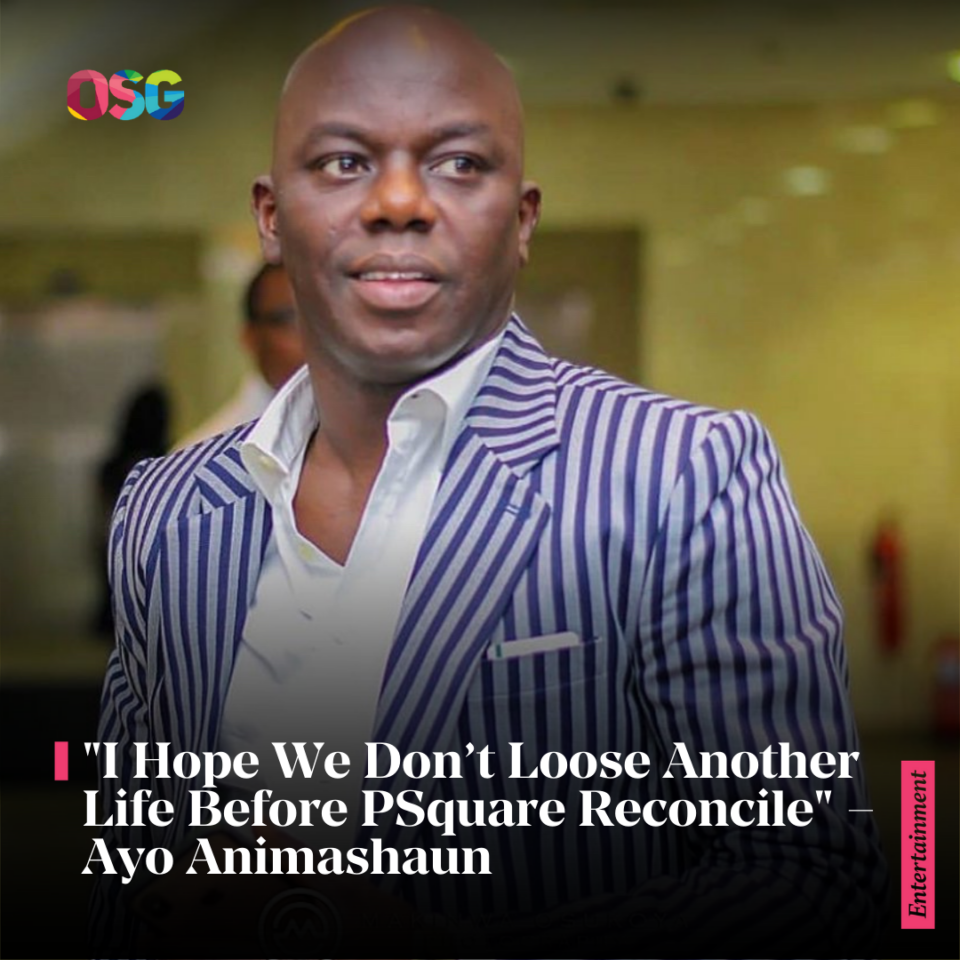 Nigerian media mogul, Ayo Animashaun, has pleaded with members of the defunct music group PSquare, Peter and Paul Okoye, to squash their beef.

Recall that the former members of the Plantashun Boiz group, resolved their age-long beef in honour of their departed colleague, Sound Sultan.

The group, used to make up of 2face, Blackface and Faze, who performed and gave Nigerians back to back good music until they parted ways due to some internal issues.

Theu reunited at a Night of Tribute, organized in Lagos, in memory of the late Sound Sultan. Colleagues, fans, and friends of the late singer swarmed the venue as they paid their respect to him.

In a post via his Instagram page, Ayo Animashaun, shared a photo of the Plantashun Boiz group as he pleaded with Peter and Paul Okoye to follow the same path and settle their difference and see to it that they make up before an industry person also dies.

Man Accused Of Threatening To Kill US ...