Gideon Okeke Knocks women who show off their cleavage and thighs

Gideon Okeke Knocks women who show off their cleavage and thighs 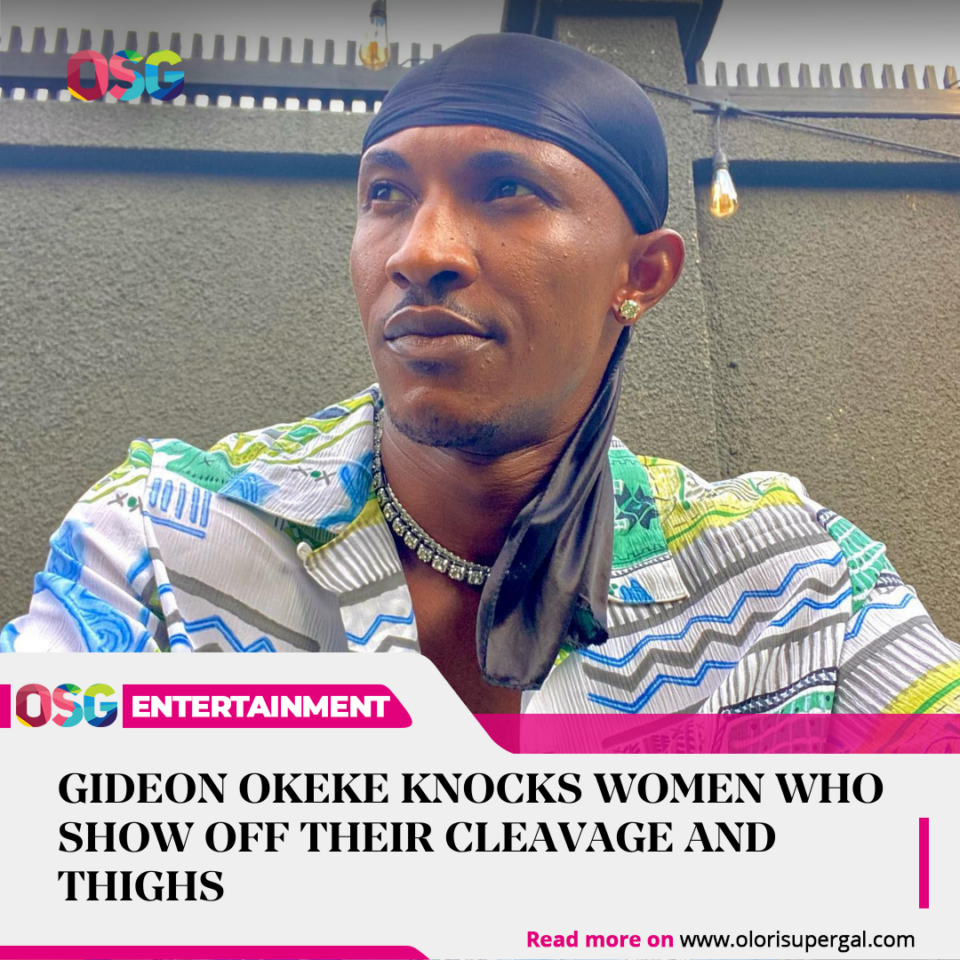 Nollywood actor, Gideon Okeke, has knocked women who show off their body parts in a bid to get validation.

In his Instagram story on Monday, the Nollywood star questioned women who showed off their ‘assets’, asking them if it made them more ‘woman’ than they were.

According to him, even ‘small girls’ who just finished secondary education would show off their cleavage in order to validate their womanhood.

The actor wrote, “Cleavages, thighs, butts (cheeks and cracks), camel toes, pubic, etc. Does showing up on all these ‘assets’, make you any more woman than you already are?

“All in the name of ‘I love the woman I’m becoming’. Even a small girl who just finished secondary school would in a bid to validate her ‘womanhood’, nearly want to show ‘tet’.

In another post on his Instagram story, the actor also spoke against the cons of being a celebrity.

According to him, celebrity life can stand as an impediment when one wanted to simply live their life.

“This fame thing can be some bullsh*t sometimes when you just wanna live,” he wrote.