“Gave Up Fame To Make Us A Home” – RMD Hails Wife, Jumobi On Their 21st Wedding Anniversary

“Gave Up Fame To Make Us A Home” – RMD Hails Wife, Jumobi On Their 21st Wedding Anniversary 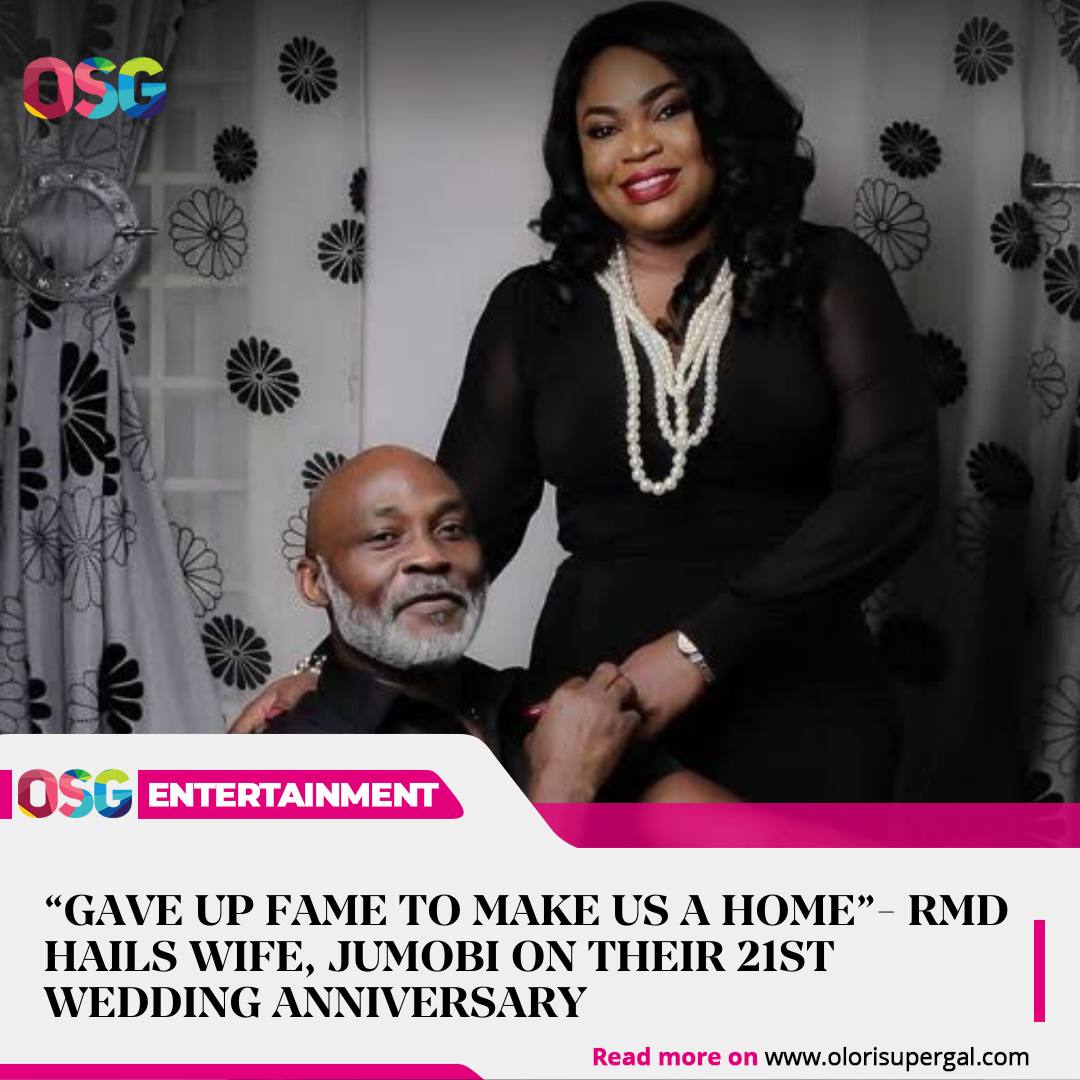 The 60-year-old award-winning actor took to his Instagram page to share a throwback and recent pictures of himself and his wife.

In his caption, he hailed his wife for giving up her fame for their marriage.

“Can’t believe we are 21 years today!

Gave up your fame

To make us a home!

“One in the family is enough”

You said! Unworthy me.

Thank you for yesterday

I love you big time!

“PS: When your regular spies do send this to you later, forgive me. I know you hate this picture because you were heavily pregnant with Tega and your nose were flared ??? would be a good place to start the conversation.

See how well and fine we both are now!

“What a journey we’ve had. This woman you get heart sha!.

Jumobi was a popular TV presenter before she got married to RMD. She has been absent from the media scene since the union.

RMD had married her four years after losing his first wife, May, in 1996.

Jumobi and RMD’s union is blessed with four children.

Actress, Shan George Reveals She Has No ...