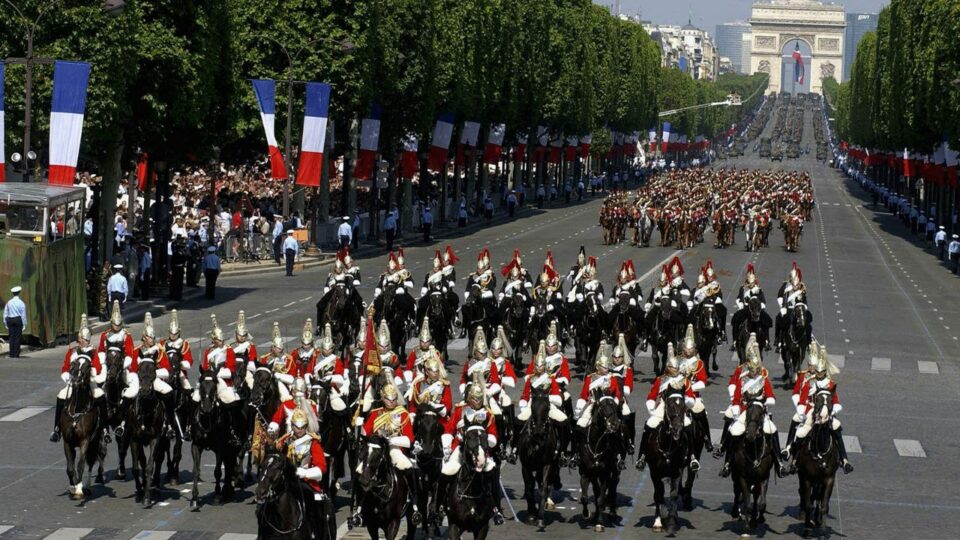 France will mark its national day on Wednesday, July 14, after the annual military parade down the Champs-Élysées was cancelled last year due to the threat of Covid-19.

The traditional parade on France’s national day will return on Wednesday after a one-year hiatus due to the Covid-19 pandemic.

Around 80 French and European special forces drawn from the multinational Takuba force in the Sahel will lead the procession, a choice intended to send a diplomatic message from Paris.

The parade in Paris will be a scaled-down version of the usual event, with only 10,000 people in the stands instead of 25,000.

A forecast of heavy rains might also disrupt the traditional fly-overs and military pageantry. The weather might also dampen firework shows around the country, another popular feature of Bastille Day, which marks the storming of the Bastille prison, a major event in the 1789 French Revolution.

Alongside the nationwide festivities the southern Riviera town of Nice will also be marking the fifth anniversary of a terror attack that saw a man kill 86 people after driving a truck through a crowd of people watching Bastille Day fireworks.

Prime Minister Jean Castex will visit the city for a ceremony at the site of a memorial for the victims, where 86 doves are set to be released as a sign of peace. Nice authorities have organised a concert for later in the evening.

At 10:34pm, the time the truck rampage began, 86 beams of light will illuminate the Mediterranean waterfront to honour the dead.

Dozens of nationalities were among the victims that day on the Promenade des Anglais.

The assailant, who is believed to have been spurred on by jihadist propaganda, was shot dead by police after a two-kilometre rampage down the seaside promenade.