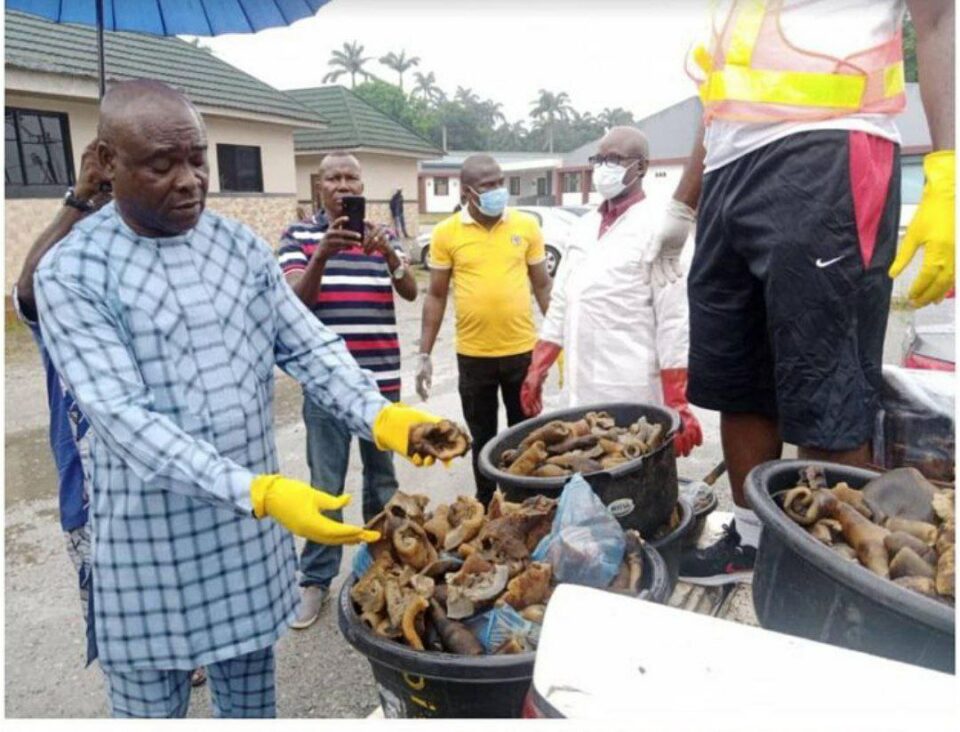 Mr. Peter Aikhuomobhogbe, the Permanent Secretary, Edo State Ministry Of Agriculture and Natural Resources, who led the team to the arrest said the team was informed that the meat despite its prohibition in the state was still on sale.

He vowed to eradicate its trade in the state because the meat is unhealthy for consumption.

Aikhuomobhogbe further said “This is an issue of food safety. In Edo state, donkey meat is not approved as one of the meats that we consume, but our people still indulge in it. We will take all necessary steps to ensure that we eradicate its consumption in Edo state”.

He added that “We will continue to ensure that we pursue those involved in the business so that we will bring them to justice because it is not right for us to provide food that is not healthy for our people”.