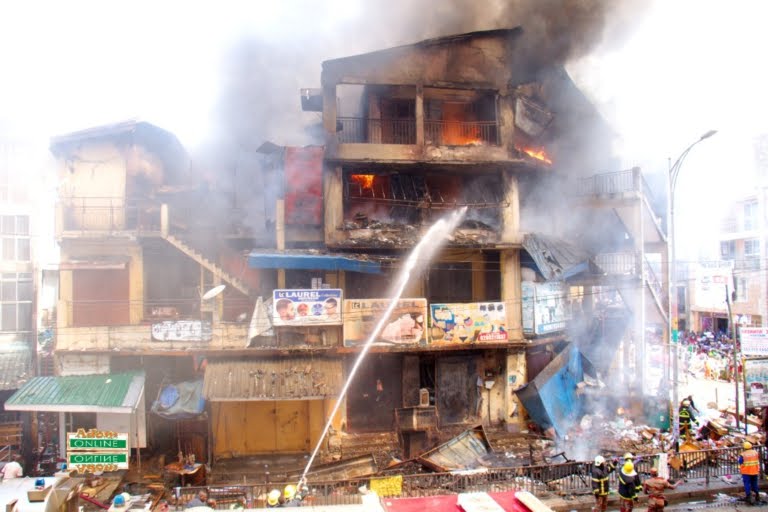 A three-storey building opposite the Makola Mall in the Central Business District, caught fire on Monday morning.

Helpless traders and spectators looked on as the fire, which started around 9am on the last floor of the building, spread to other shops as officers at the Fire Service station situated few meters away, claimed “they do not have water” to douse the flames.

However, when the fire escalated, reinforcement was deployed from other stations.

Although the cause of the fire is yet unknown, fire service personnel used nearly 7 hours to put off the fire due to the combustible nature of goods in some of the shops.