The woman took her own life after the shootings. She was found at the scene and appeared to have killed herself with a handgun, but the investigation is just beginning, San Bruno Police Chief Ed Barberini said. 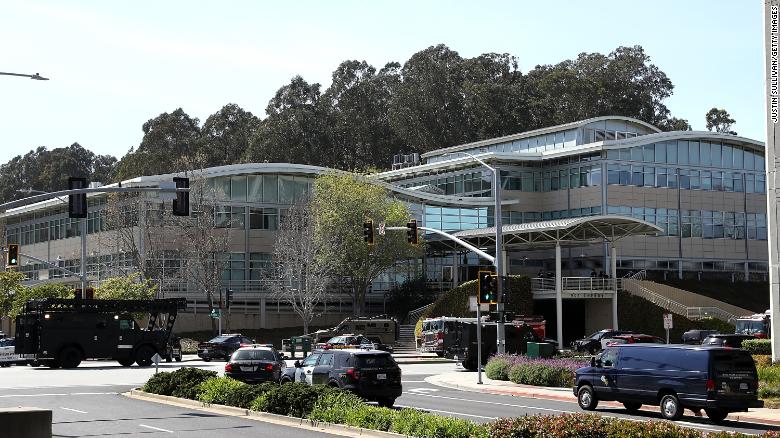 A fourth person was injured as people scrambled off the patio outside the cafe on campus. The shooter is believed to have known at least one of the victims, two law enforcement officials told CNN.
The shooter’s motive was unclear, and it’s unclear whether the shooting was a domestic violence incident.

A spokesman for Zuckerberg San Francisco General Hospital, a level 1 trauma center, said the facility received three patients. One 36-year-old man was in critical condition, one 32-year-old woman was in serious condition and one 27-year-old woman was in fair condition.
A YouTube employee said during the shooting people were trying to get out of the building “as fast as they could.”
She said she was on a conference call and a colleague, who heard shots, told her at least one person was shot on the patio where people eat.
President Donald Trump tweeted that he was thinking about the victims.
“Was just briefed on the shooting at YouTube’s HQ in San Bruno, California. Our thoughts and prayers are with everybody involved. Thank you to our phenomenal Law Enforcement Officers and First Responders that are currently on the scene,” he wrote.

JJC SKILLZ IS A YEAR OLDER!