Another tragedy involving a national youth service Corp member has occurred. Over the years, in recent times, corps members posted to a different state out of their comfort zones have been known to face different ordeals. A situation which has caused a handful of young people to
dread going to serve in another state out of their zone.

A female corps member posted to Bayelsa State for her NYSC, is now under intensive care as Doctors are battling to save her life following her ordeal in the hands of robbers. . 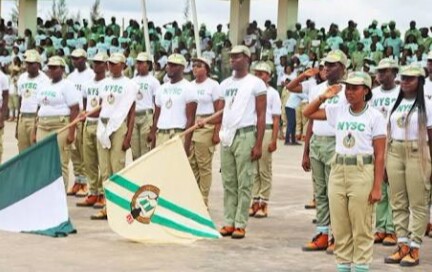 Newtelegraph reports that robbers invaded the ‘Corpers Lodge’ at Yenizue Gene, a suburb of Yenagoa, about 3a.m. yesterday and the corps member was reportedly assaulted and raped by a 15-man gang of robbers.

According to a resident of the community, the hoodlums went to the NYSC Corpers Lodge where they forcibly took away a female corps member and she was repeatedly raped by the suspects who took her in turns.

The police were alerted, there was little they could do because the area had been thrown into darkness due to lack of electricity. A vigilante, who gave his name simply as Tonye, said the security men were afraid of running into an ambush.

The state Police Public Relations Officer (PPRO), DSP Asinim Butswat, who was contacted by newsmen however said he had not got a clear information about the incident.

TOKE MAKINWA IS CURRENTLY UNDER FIRE FOR ...