FAYEMI IS NOW THE NEW GOVERNOR OF EKITI STATE. 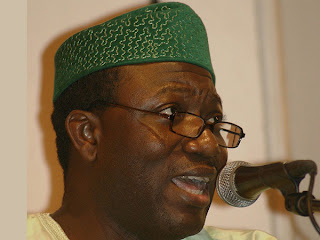 Kayode Fayemi has become the governor of Ekiti State three years after he launched a legal challenge to the declaration of INEC that Segun Oni won the state’s 2007 governorship election.

Mr Oni was relieved of his job by the federal appeals court ruling this afternoon in Ilorin that his opponent and Action Congress governorship candidate in the 2007 election, Fayemi was the rightful winner of the election.

The court, ruling on a legal challenge to a rerun election held in the state last year, cancelled the result of voting in Ido Osi and Ifaki, saying these were concocted. The 8000 votes were then deducted from the PDP result – thus handing over victory to the Action Congress candidate.