Father and son graduate from the same University together

A father and a son graduated from a New Jersey university on Friday, becoming the first members of their family to earn college degrees.

Benjamin Jeanty, 27, and his dad, Duvinson Jeanty, 63, graduated from William Patterson University on Friday, May 19, 2017. Benjamin earned a B.A. in psychology while his dad graduated with a bachelor’s degree in Finance.
According to Fox News, Benjamin first started attending Rutgers University in 2008 after graduating high school but stopped going and took on a full-time job. 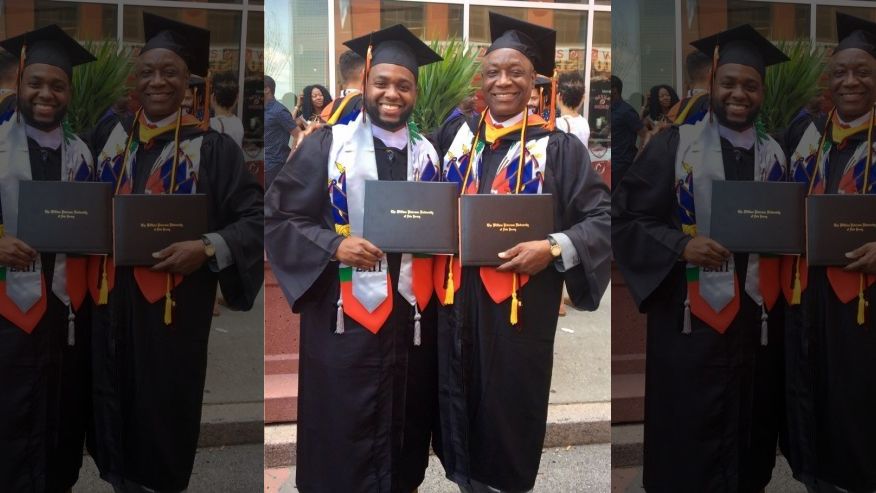 His father who emigrated to the U.S. from Haiti in 1983 worked as a NJ Transit bus driver for 25 years until he retired. But before then he made a swift decision to get his education and by 2007 and began taking classes to get his associate’s degree.
‘He was taking one class at a time because he was working a full-time job and taking care of my grandmother,’ Benjamin said.
In 2013, Duvinson graduated with his associate’s degree and retired, deciding to go back to school full time and get a bachelor’s degree.

Seeing his father work hard to get his education, Benjamin got inspired, went back to school and graduated with him.