Former BBNaija ex-housemate Prince has been gifted with N10M cash by his fans. 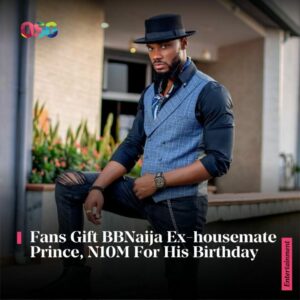 The reality TV star who turned 26 on Monday, was presented with the cash gift at his birthday party in Lagos by his fans known as ‘Royal Army’.

Those who turned up for the birthday party include reality TV stars, Mercy Eke and Alex; Derele Edun, his family, friends and fans.

Prince, joins the list of celebrities especially former housemates of Big Brother Naija who have been presented with expensive gifts on their birthdays.