Multi-talented Nigerian artiste, Falz has announced the return of his headline concert, The Falz Experience.

Set to hold on June 8, 2019 at Eko Hotel and Suites, Lagos, the Falz Experience is a one of a kind musical theatre show that showcases the unique sides of Falz the Bahd Guy, but this time with a twist. 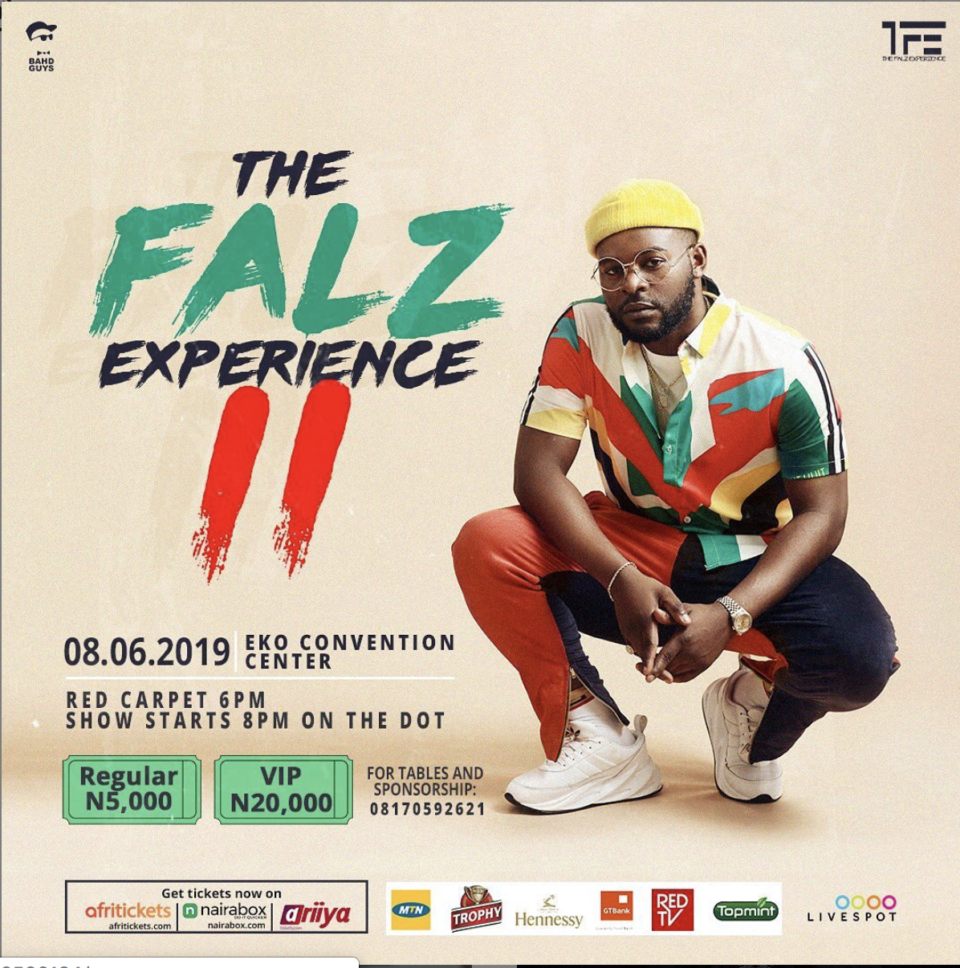 The award-winning musician also announced that he has a special surprise for the concert goers.