Popular young musician, Mayorkun has just revealed the reason he has refused to ask any girl out on social media. The singer stated that people are fond of screen grabbing messages and sending it to blogs.

In a Tweet, the singer revealed that if he decides to make a move on a lady on social media she might send a screenshot to blogs in other to get fame using his status. 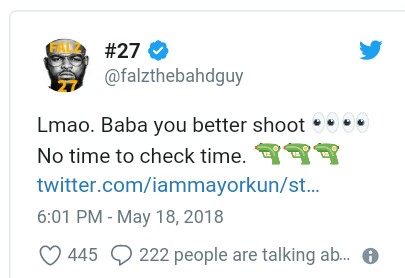 He, however, expressed sadness at the fact that he would not be able to make his move on a beautiful lady he spotted on Twitter.

“Artistes; Can’t shoot shot on all these platforms . One shot like this, na screenshot, next thing you don cast for instablog . Kai! That’s how this cute girl will just go”

Falz reacted to the post, urging Mayorkun to make his move fast because there is no time to waste. He said: “Lmao. Baba you better shoot No time to check time.”

Fans and followers who came across the post, shared funny tips on how the singer can make his move while some ladies took the opportunity to shoot their shot and express their desires to date the singer. 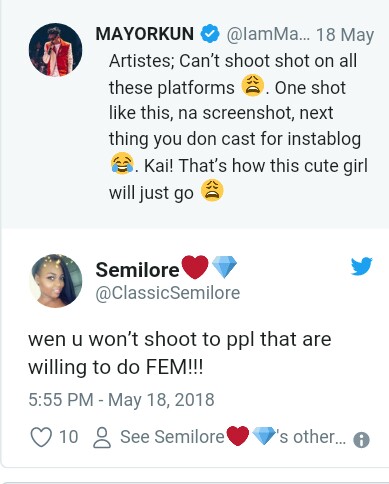 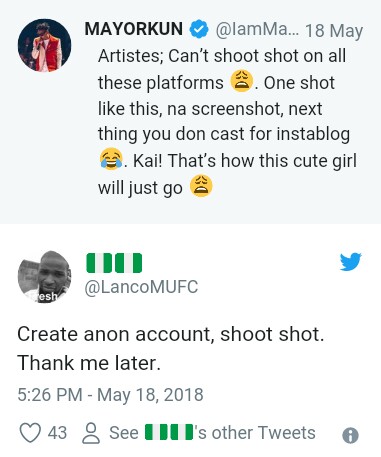 PRINCE HARRY’S EX-GIRLFRIENDS, SHOW UP AT THE ...