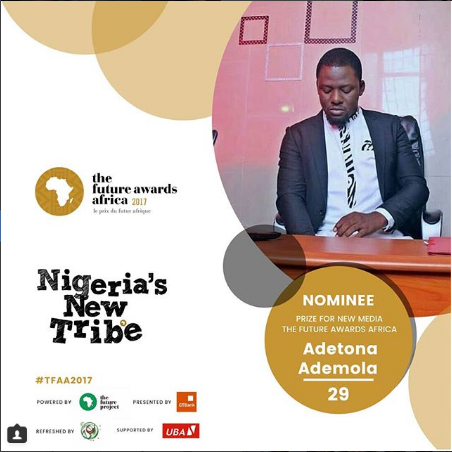 Ademola has been nominated for the ‘Prize for New Media’ category; vying against four other colleagues in the new Media space; namely Femi Bakare, Richard Akuson, Dolapo Adeleke and Delphine Okobah.

“To me, the nomination alone is an award itself”. Ademola Adetona shared his excitement

Ademola prepared for his career with Expoze Magazine back in the University days fast forward to 2017 the company has not stopped delivering proffering strategic online presence to her clients and delivering award-winning campaigns for multinational and international brands.

NIGERIANS ARE BEING SOLD INTO SLAVE TRADE ...