‘Even If You Have No Money, Get Married Now That You’re Young’- Nigerian Guy

Jude lost the love of his life to another man because while in his twenties, he had his mind totally set on making billions first. He’s over 30 now, the billions still haven’t come. He’s finding it harder to find true love, he sees his mates on a daily playing with their 2, 3 kids while he has none and Jude says that’s his greatest regret.

He doesn’t want younger men, 22 and above, making the same mistakes as he did so he took to his Twitter page to make this passionate plea. Read and let’s know if you agree with him. 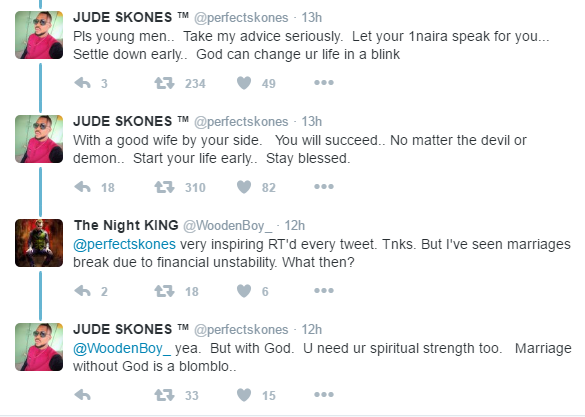 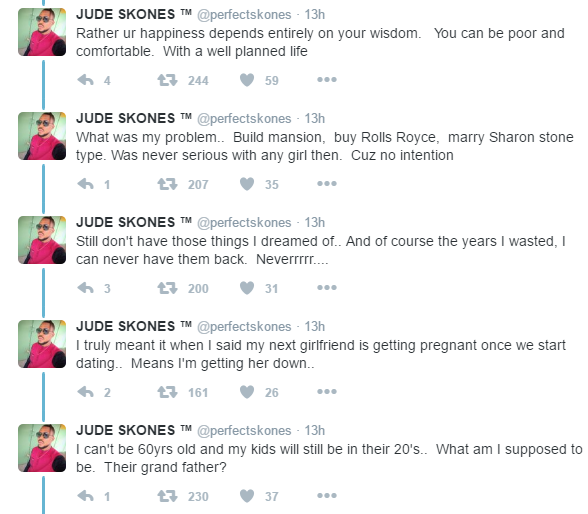 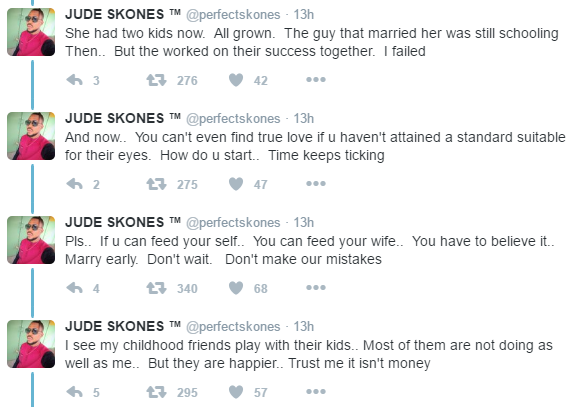 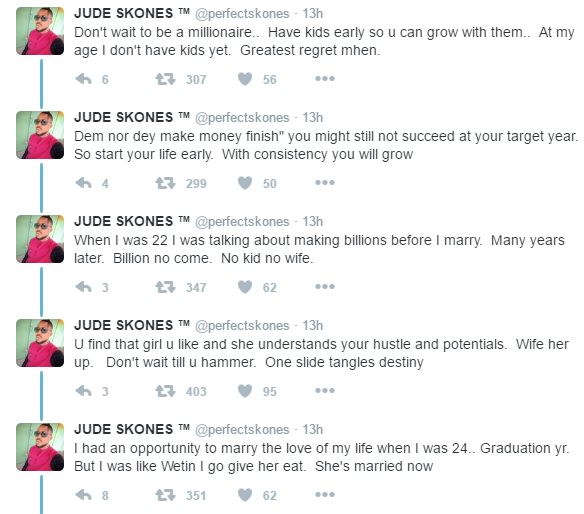