Abi Wright known professionally as Erykah Badu , is an American singer-songwriter, record producer, disc jockey, activist, and actress.
Erykah Badu, in an interview with Vulture, discussed how she avoids groupthink and tries to figure out things for herself.

Badu, who just curated a box set of Fela‘s albums, discussed how she’s not quick to judge people like Bill Cosby and Louis C. K. who have seemingly done bad things, as she likes to weigh the situations individually.

Asked about what she thinks about XXXTentacion who has, among other things, been accused of domestic abuse, and Fela, who She replied : 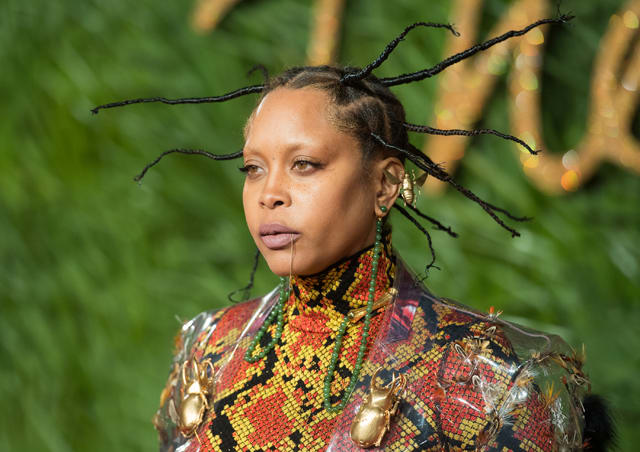 I don’t want to get scared into not thinking for myself. I weigh everything. Even what you just asked me, I would have to really think about it and know the facts in each of those situations before I make a judgment. Because I love Bill Cosby, and I love what he’s done for the world. But if he’s sick, why would I be angry with him? The people who got hurt, I feel so bad for them. I want them to feel better, too. But sick people do evil things; hurt people hurt people. I know I could be crucified for saying that, because I’m supposed to be on the purple team or the green team. I’m not trying to rebel against what everybody’s saying, but maybe I want to measure it. Somebody will call me and ask me to come to a march because such and such got shot. In that situation I want to know what really happened. I’m not going to jump up and go march just because I’m green and the person who got shot is green. The rush to get mad doesn’t make sense to me.

Badu went on to say that she sees the good in everybody, even in Adolf Hitler.