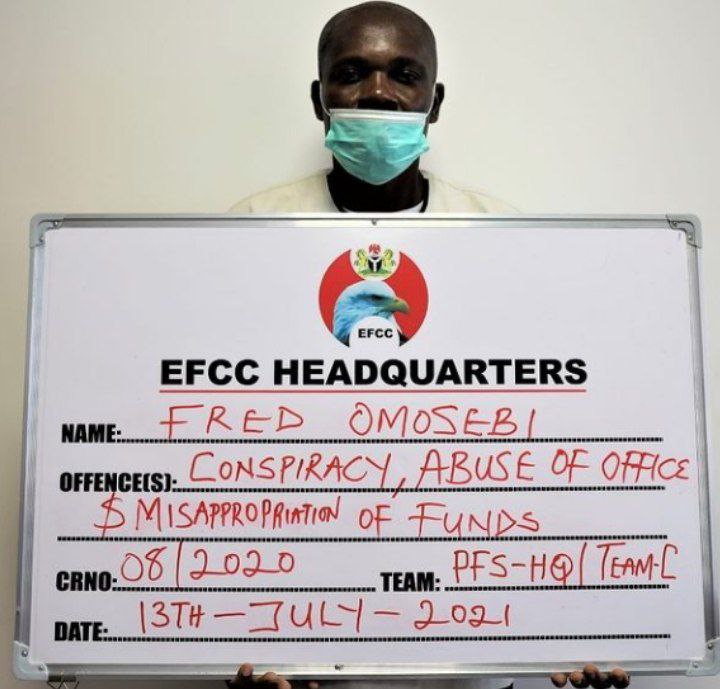 A pastor, identified as Omosebi Fred Adeola, of the Adventist church, have been arrested by the Economic Financial Crimes Commission, for fraud.

Adeola, who is also the Director of the Adventist Development and Relief Agency of Nigeria, allegedly diverted church funds for his PhD programme at Babcock University and also enlisted his wife illegally on the church’s payroll.

He was arraigned by the EFCC, before Justice A.O Otaluka of the Federal High Court, sitting in Abuja on conspiracy, diversion of funds to the tune of N15,619,000 and abuse of office.

He however, pleaded not guilty to all the charges stated against him.

He was granted bail in the sum of N10M and two sureties, and his case adjourned until September 30, 2021 for trial.