Economy Recession: What A Man Did To His Birthday Cake Will Make You LOL (Photo)

A man who has obviously been hit by really hard times, has done a rather strange thing with his birthday cake to survive.

In one of such desperate moves to survive the current time (of economy recession), a man has been said to have done something unbelievable to his birthday cake recently.

According to a twitter user, @Kparaga, who shared the story, the birthday celebrant actually cleaned out his name from his birthday cake and put it up for sale again. 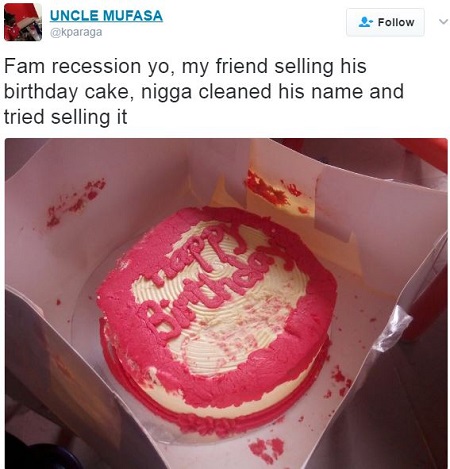 But shey na by force to celebrate baiday ni?

Man who vandalized Trump’s star on the ...