Actor, wrestler and super star , Dwayne Johnson’s has just welcomed another baby girl. His home is full of women and he wouldn’t have it any other way. 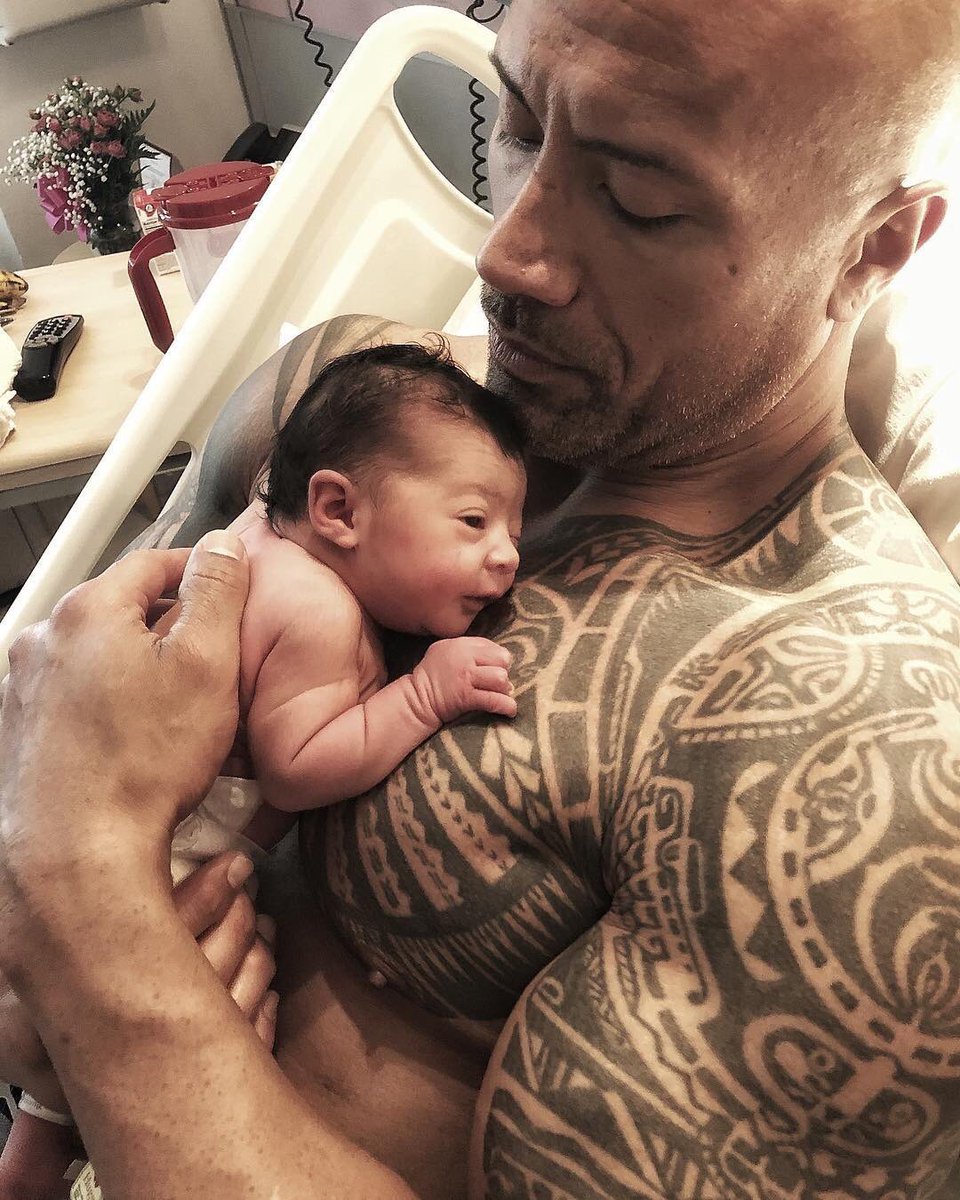 Johnson and his girlfriend Lauren Hashian welcomed their second child together, a girl whom they already named,Tiana Gia Johnson.
Johnson made the announcement on his Instagram account, accompanied by a photo of him cuddling with the new lady in his life.

“Blessed and proud to bring another strong girl into this world,” he wrote. “Tiana Gia Johnson came into this world like a force of nature and Mama @laurenhashianofficial labored and delivered like a true rockstar.”

Johnson and Hashian also have another daughter, Jasmine lia, who was born in 2015.
Johnson also shares a daughter, Simone Alexandra, with ex-wife Dany Garcia.
Dwayne said he was present for Tiana’s birth, adding the experience gave him a “new level of love, respect and admiration” for his girlfriend and “all mamas and women out there.”
He closed with a message to his youngest daughter: “Your crazy dad has many responsibilities and wears many hats in this big ol’ world, but being your dad will always be the one I’m most proud to wear”.
Congratulations to Dwayne Johnson.