U.S. President Donald Trump on Wednesday hosted President Muhammadu Buhari and other African leaders to a working lunch on the sidelines of the 72nd UN General Assembly in New York.

Trump, who said he was greatly honored to host the lunch, which took place at the New York Palace Hotel, described African leaders as “partners for promoting prosperity and peace.

“I’m greatly honored to be joined by leaders of Nigeria, Côte d’Ivoire, Ethiopia, Ghana, Guinea, Namibia, Senegal, Uganda and South Africa. In particular, I want to thank President Condé, who is representing the African Union,” he said.

“In this room, I see partners for promoting prosperity and peace on a range of economic, humanitarian and security issues.

“We hope to extend our economic partnerships with countries who are committed to self-reliance and to fostering opportunities for job creation in both Africa and the United States.

“Africa has tremendous business potential. I have so many friends going to your countries, trying to get rich. I congratulate you.

“They’re spending a lot of money. But it does – it has tremendous business potential and representing huge amounts of different markets. And for American firms it’s really become a place that they have to go – that they want to go.

“Six of the world’s ten fastest-growing economies are in Africa. Increasing American trade and investment across diverse industries – including agriculture, energy, transportation, healthcare, travel, and tourism – will further transform lives throughout the continent.”

He said “Africa, I have to say, is a continent of tremendous potential. The outlook is bright. I look forward to hearing from you and your advice during the meal.”

The U.S. leader said he was eager to closely know more African leaders! noting that “I really want to congratulate you – growing very fast economically and in every other way. You’ve done a terrific job, you’ve had some tremendous obstacles placed in your path, but you have done really an absolutely incredible job.”

Trump pledged that the U.S. would partner with African countries and organizations, like the African Union, leading successful efforts to end violence to prevent the spread of terrorism, and to respond to humanitarian crises.

“I commend your troops currently serving in the field. Very brave. Very, very brave what they’re going through. But we cannot have prosperity if we’re not healthy.

“We will continue our partnership on critical health initiatives. Uganda has made incredible strides in the battle against HIV/AIDS. In Guinea and Nigeria, you fought a horrifying Ebola outbreak.

“Namibia’s health system is increasingly self-sufficient. My Secretary of Health and Human Services will be traveling to Africa to promote our Global Health Security Agenda.”

The U.S. leader, however, regretted that too many people were suffering from conflict in Africa, pointing out the Central African Republic, the Congo, Libya, Mali, Somalia and South Sudan, among others, “were going through dangerous times.”

He noted that terrorist groups, such as ISIS, al-Shabaab, Boko Haram, and al Qaeda threaten African peace, adding that the U.S. was proud to work with African leaders toward eradicating terrorist safe havens, to cut off their finances, and to discredit their depraved ideology.

“And a number of you have told me – actually, last night – that we’ve been doing a very good job over the last six or seven months in particular,” he said.

Trump said the U.S. was closely monitoring and deeply disturbed by ongoing violence in South Sudan and in the Congo, adding that U.S. had continued to provide humanitarian assistance but real results in halting the conflicts would require an African-led peace process and sincere commitment of all parties involved.

Trump, at the dinner attended by Minister of Foreign Affairs Geoffrey Onyeamaand the Permanent Representative to the UN, Tijjani Bande, also discussed Africa-U.S. partnership against the nuclear weapons threat from North Korea, describing it “a global challenge.

“Today, the world faces enormous security threat from North Korea. We must all stand together and be accountable in implementing UN sanctions and resolutions in response to North Korea’s hostile and menacing actions.

“We believe that a free, independent and democratic nation, in all cases, is the best vehicle for human happiness and success. Thank you for joining me for this critical discussion about challenges and opportunities in our nations”, Trump said.

See photos from the meeting below; 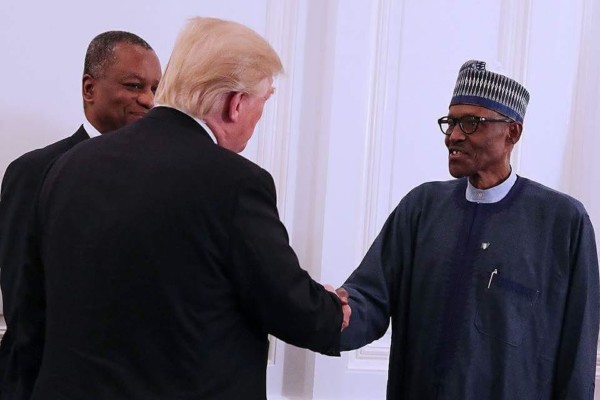 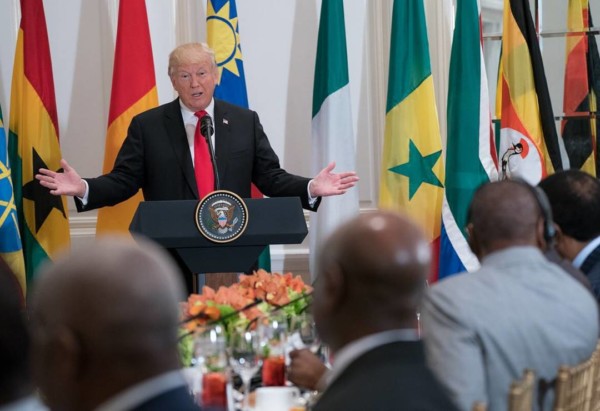 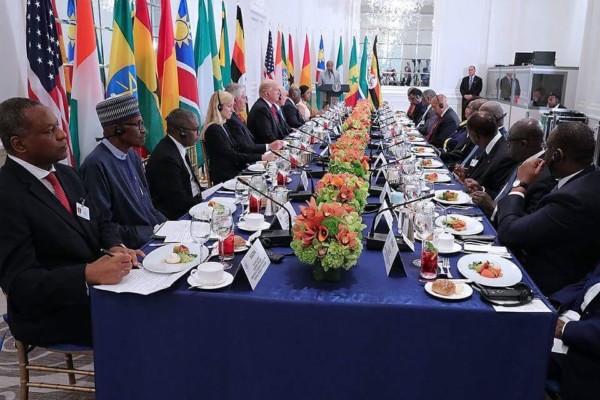 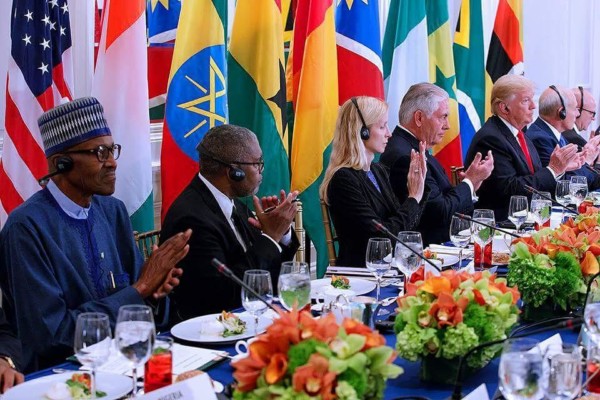 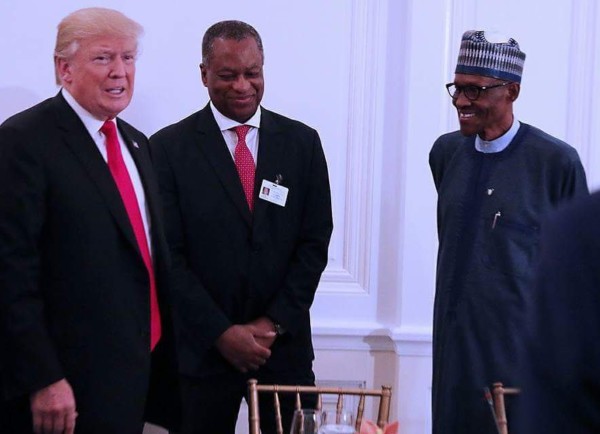