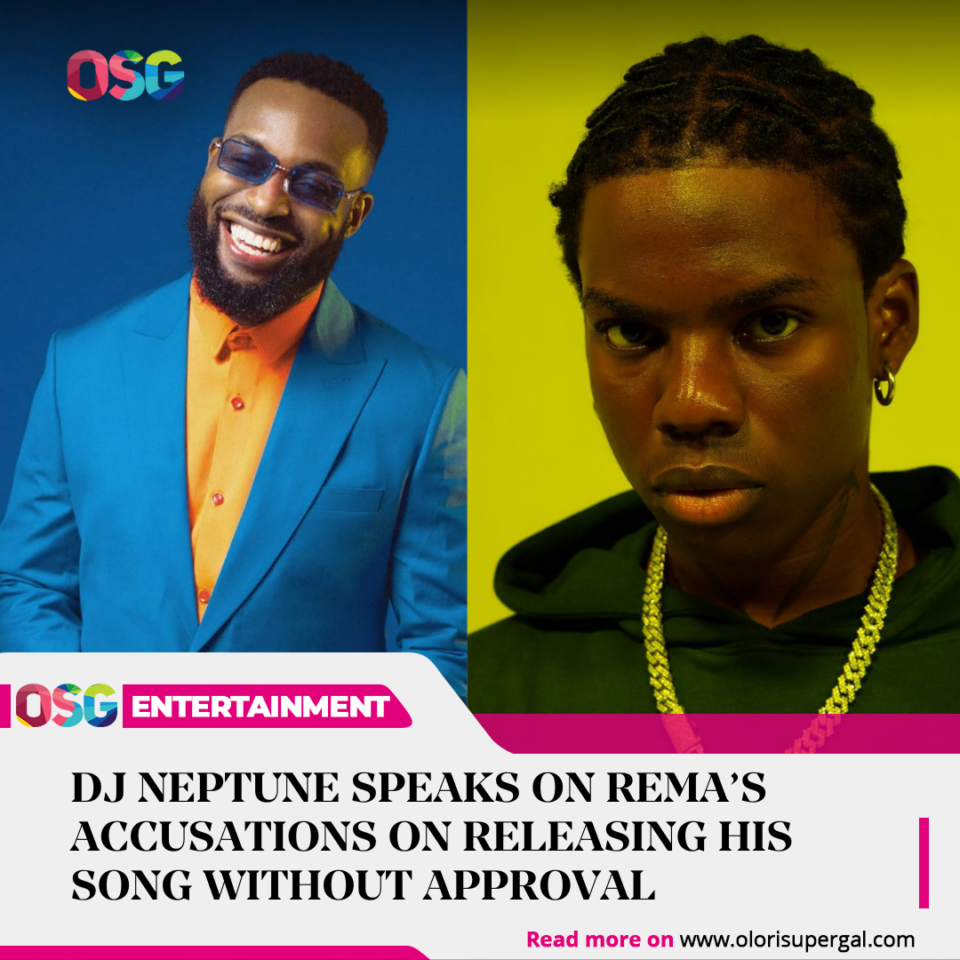 Nigerian disk jockey, Imohiosen Patrick, better known as DJ Neptune, has addressed the conflict regarding a collaboration between himself and singer, Rema.

Recall that Rema called out the DJ through his official Twitter account on Friday 26th November for releasing their collaboration, titled For You, without his consent.

The DJ, however, revealed that he had indeed gotten permission from the artist’s management before going ahead to release the song on his second studio album, Greatness 2.0, on Friday.

In a Twitter post on Friday, DJ Neptune shared pictures of chats between himself, and Rema’s manager, Seun Okeke, showing that he was given the green light to publish the song and also make preparations for a music video.

He also shared a letter titled, ‘Re: alleged use of Divine Ikubor a.k.a Rema’s Intellectual Property’, explaining how he followed due process in releasing the said collaboration.

“It’s all love on this side, keep winning Remy boi,” he wrote on the caption.

Glo has made our Christmas – Enugu ...