Nigerian disco jockey DJ Cuppy has announced that she and Triple MG act Tekno will be releasing a collabo titled “Green Light.”

Cuppy revealed this on her Snapchat. She also revealed that the song will be dropping on October 13, and will be available on iTunes.

See her snaps below; 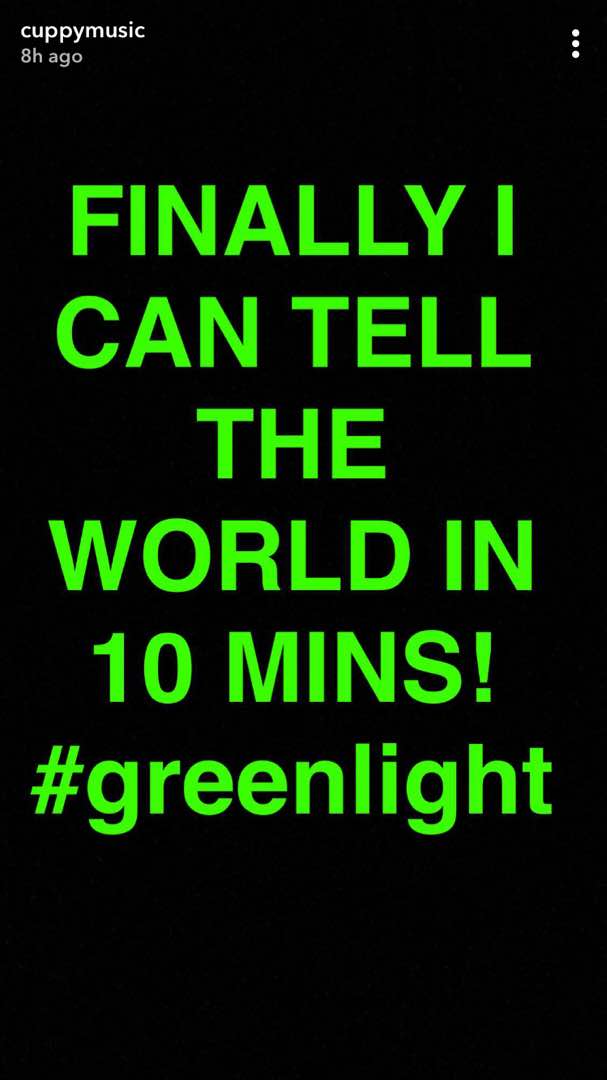 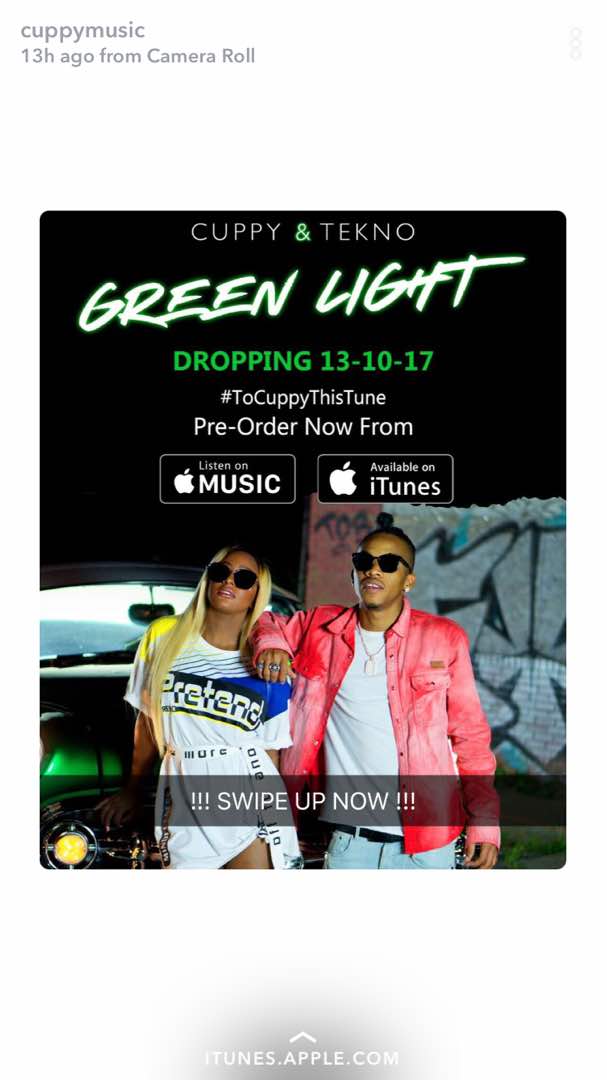