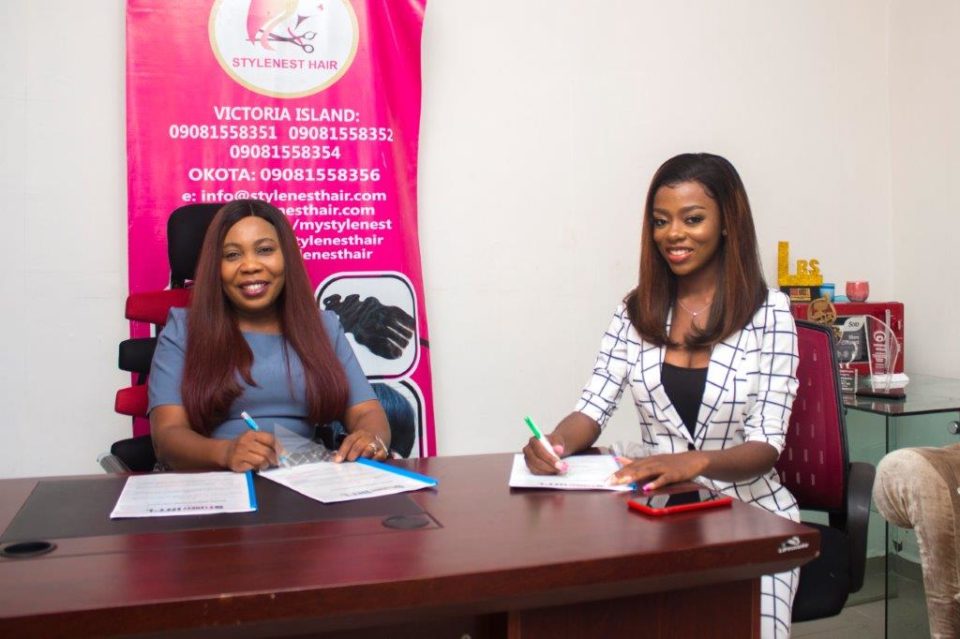 Stylenest Hair Nigeria’s largest luxury hair distribution company has officially announced Diane Yashim one of the housemates in the recently concluded BBNaija reality show as its making her the third BBNaija housemate to represent the hair brand.

A lot of deliberation and careful thoughts went into choosing and selecting the new Stylenest Hair brand ambassador. “We decided to go into partnership with Diane because we recognise the fact that she carried herself with respect and dignity while in the BBNaijareality show” Goodness Okwu CEO Stylenest International explained.

“The former BBNaija housemate is engaging on social media and has a great rapport with her fans which are the characteristics that are extremely important to us as a brand that cares deeply about its customers” Says Peace Duff, Marketing Director, Stylenest International.

Diane expressed her excitement at being announced as a Brand Ambassador for Stylenest Hair International. “I’m very excited and honoured to be partnering with Stylenest Hair, as I’m a huge fan of the way the brand has revolutionised the beauty industry in Nigeria” she said.

It would be recalled that Gifty Powers and Coco Ice were also signed as ambassadors of the brand.