Demi Lovato gets support from pals including Ellen DeGeneres, Ariana Grande and Cardi B after suspected drug overdose

Popular Singer, Demi Lovato has been hospitalised for drug overdose. She was pictured leaving a nightclub with a couple of friends, nine days before hospitalisation.

Celebrities have gone on social media to pass along thoughts and prayers to her following her reported hospitalization. 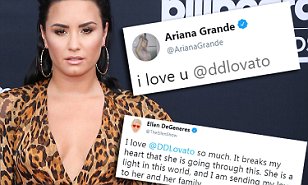 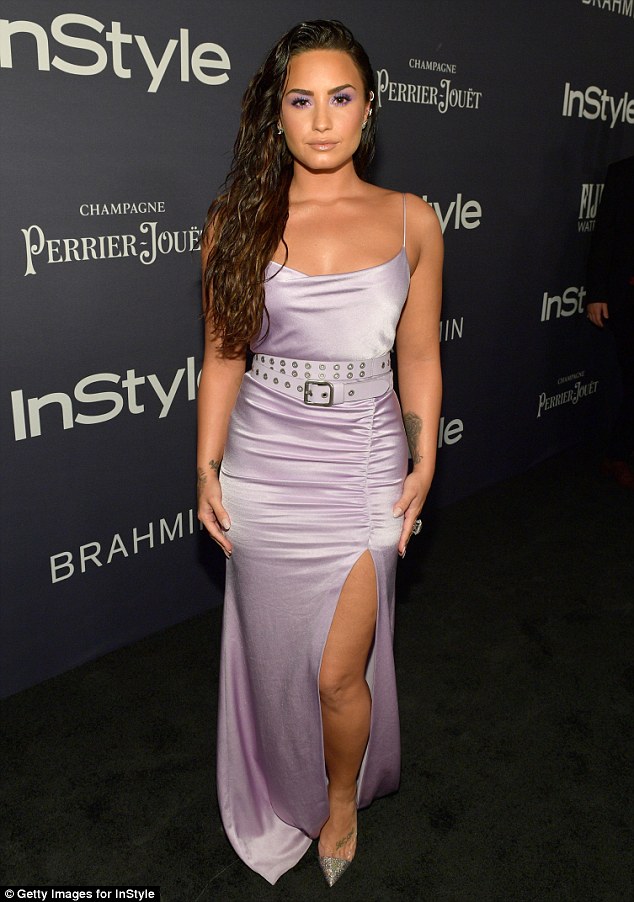 Ellen DeGeneres and Ariana Grande led the well-wishers, who all expressed shock and sympathy for the 25-year-old former Disney Channel star, who collapsed on Tuesday, according to TMZ.

‘i love u @ddlovato,’ her fellow pop star Ariana Grande posted on Twitter’.
Ellen DeGeneres took to social media to pass along her own concerns.

‘I love @DDLovato so much. It breaks my heart that she is going through this. She is a light in this world, and I am sending my love to her and her family,’.

New mom and rapper Cardi B also sent her love on Tuesday afternoon, tweeting: ‘We love you Demi Lovato’ along with two red love hearts.

Demi Lovato’s family members have however announced that she is ‘awake and recovering’ after being found unconscious in her $8m home.

‘Sending huge recovery love to Demi. This is a very personal moment and respected delicately.

‘We should all wrap our arms of love around Demi Lovato,’ began Lady Gaga on Twitter.

Demetria Devonne Lovato is an American singer, songwriter and actress. After appearing on the children’s television series Barney & Friends as a child, she received her breakthrough role as Mitchie Torres in the Disney Channel television film Camp Rock (2008) and its sequel Camp Rock 2: The Final Jam (2010).