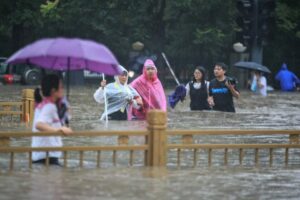 Massive floods in central China, caused by record-breaking rainfall, have left 12 dead and more than 100,000 people evacuated from their homes.

More than a dozen cities in Henan province are affected.