D’banj And His Wife Are Expecting A Baby Soon

Dapo Oyebanjo who is popularly known as D’banj and his wife; Didi Kilgrow have announced they are expecting a son. 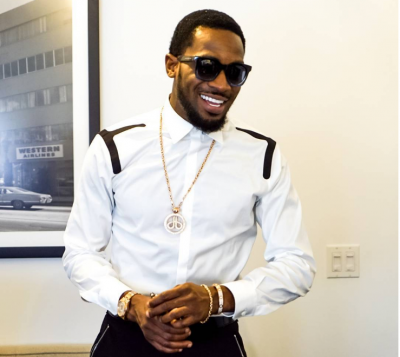 History was made last night as D’banj who is one of the best live performers gave his fans their money’s worth by shutting down the O2 Academy Brixton with his energetic moves and interaction with the audience. The beautiful audience was filled with all types of age from the young to the mature but the one thing they all had in common was their love for D’banj which they made very clear by the continuous chants and sing-alongs.

D’banj announced he and his wife are expecting a baby boy before performing a snippet of his new track “Restore me” featuring the amazing singer-songwriter Stacey Barth (brown skin girl).

The couple lost their first child in a pool accident which happened at the residence in Ikoyi in 2018.

“Being The Partner Of Someone So Famous ...