Popular award winning musician, Davido has given a female worker at the Murtala Muhammed International Airport, Lagos, a sum of N15 million to offset her medical bills. 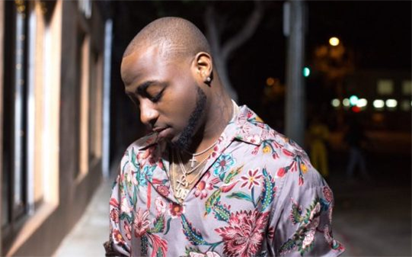 Davido The IF’ andFIA’ hits maker posted the video on his Instagram Story to share the joy of being appreciated after the surgery was successful. “Aaww I paid for the surgery of a lady that works at the airport and they did this to thank ME! SO CUTE!’’ In the video, some of the airport staff held placards with inscription that reads “OMO BABA OLOWO THANK YOU 15 MILLION NO BE JOKE ooo’’ Though the name of the female colleague was not mentioned but the video clearly showed the appreciation to the `Aye’ crooner for his humanitarian gestures.

The singular act of philanthropy was not made public, not until April 18 when the airport threw a stunt at the airport to thank the music star.

This is not the first time Davido is dishing out philanthropy gestures to people in need in the country. Davido, who is known for his philanthropic gestures to the needy recently, built a house for Utibet, from Akwa Ibom who was recorded singing Davido’s `IF’ that went viral. He had also given scholarships to indigent students and assisted others with school fees.