After setting and breaking so much records on the pitch, even with his last UCL appearance, World best Cristiano Ronaldo have broken yet another record.  His fame appears to know no bound on and off the pitch. 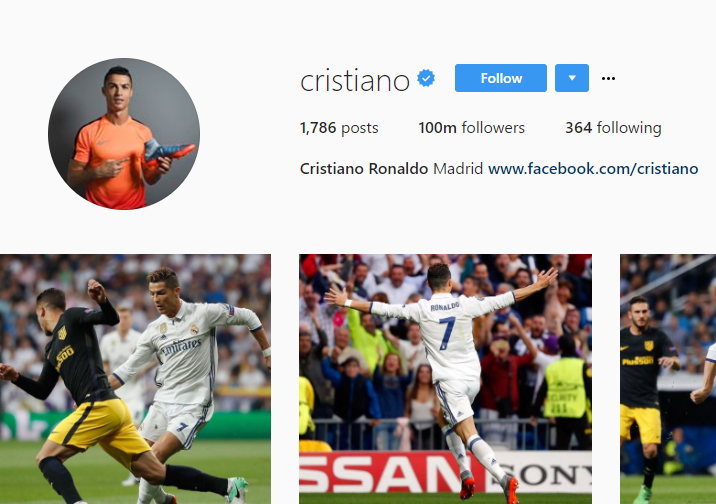 On Tuesday, he fired Real Madrid to a Champions League first leg victory, scoring a hat-trick in a 3-0 victory over Atletico Madrid, and by Thursday he had created Instagram history.

Ronaldo has become the first sportsperson to hit 100 million followers on Instagram, leaving the likes of rival Lionel Messi, who has 70.8m followers, to tag along.

The soccer star also doubles as the first man to reach that feat on the social media platform.

How the love story of Leo Messi ...