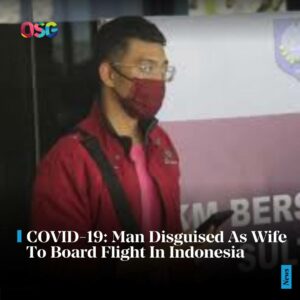 An Indonesian man, with Covid-19, disguised himself as his wife, wearing a full-face veil known as a niqab and boarded a domestic flight.

According to authorities in Indonesia, he was carrying his wife’s passport and her negative Covid test result; however, he was caught mid-air.

The man, identified only by his initials, DW, may never have been caught if he had not changed into his regular clothes midway through the flight, causing a stewardess to raise the alarm.

He was detained after the plane landed and was tested immediately. After his test came out positive, he was ordered to self-isolate at home.

The police disclose they intend to prosecute him as soon as his quarantine ends.

The incident, comes amidst nonessential travel in the South East Asian nation, which has swiftly become the epicentre of the virus in Asia.

What To Expect From Big Brother Naija ...