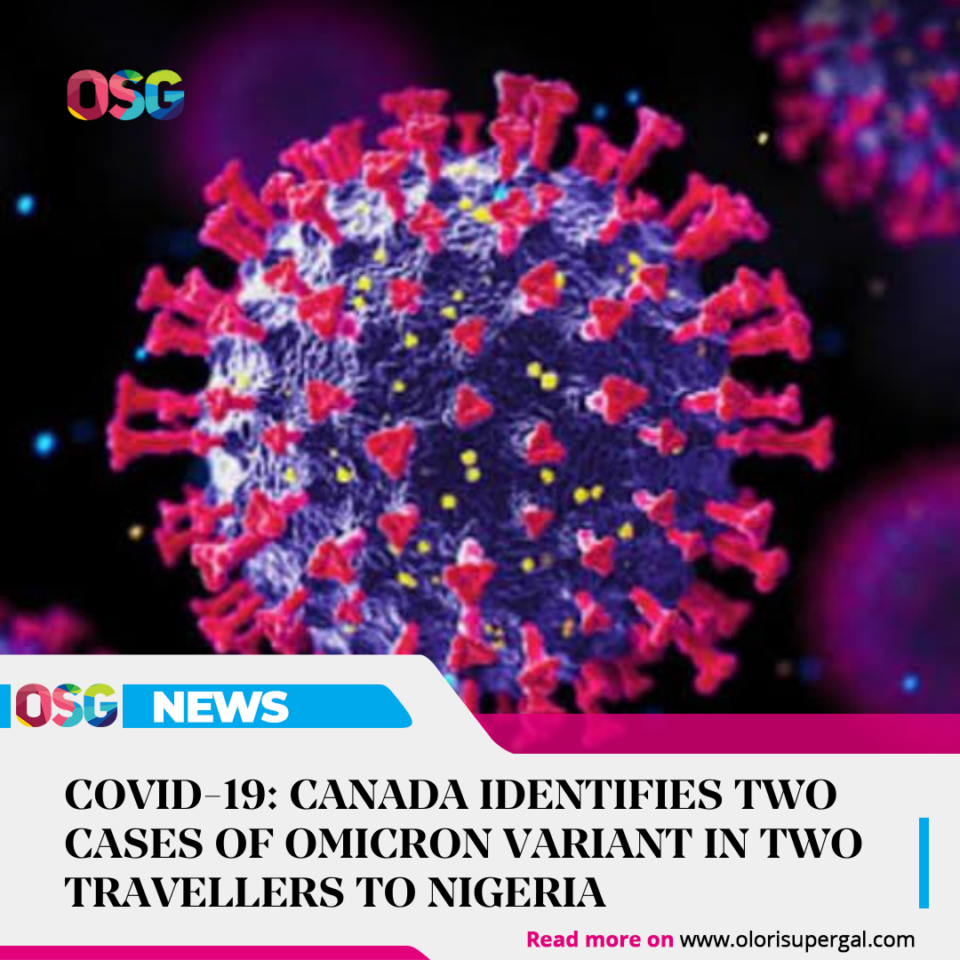 Canada has detected its first cases of the new Omicron strain of Covid in two people who had travelled recently to Nigeria.

The government of Ontario on Sunday confirmed that the two cases are in the capital, Ottawa.

Federal and Ontario provincial officials said both patients are in isolation while public health authorities trace their possible contacts.

Health Minister Jean-Yves Duclos in a statement said “I was informed today by the Public Health Agency of Canada that testing and monitoring of COVID-19 cases has confirmed two cases of the Omicron variant of concern in Ontario”.

“As the monitoring and testing continues, it is expected that other cases of this variant will be found in Canada,” he was quoted as saying by France24.

However, the Federal Government had claimed that the new COVID-19 variant was not in Nigeria yet.

The Director-General of the Nigeria Centre for Disease Control, Dr. Ifedayo Adetifa, said in a statement on Sunday that the centre is prioritising sequencing of recently accrued samples from SARS-COV-2 positive travellers from all countries, especially those from countries that have reported the Omicron variant already.

Virologists have faulted the decision of the Federal Government not to test the South African delegates on their arrival in the country on Monday despite the newly discovered strain of the coronavirus in Southern Africa.

The World Health Organisation has listed Omicron as a “variant of concern” and countries around the world are now restricting travel from southern Africa, where the new strain was first detected, and taking other new precautions.

The WHO says it could take several weeks to know if there are significant changes in transmissibility, severity, or implications for Covid vaccines, tests, and treatments.

On Friday, Canada banned travel from seven African countries over concerns about the spread of the Omicron strain. Nigeria was not one of them.