OAP Freeze is on Ray Hushpuppi’s side

As always, controversial OAP,  Freeze has given his two cent on Ray Hushpuppi spending N11million a night. In a post shared via his Instagram page, Freeze declared his solidarity for the Malaysian-based Nigerian.

“At least he drink the drink for him belle, if he had given the money to a church, they would have contributed it to buy private jets he won’t use, build schools his kids won’t attend or create slush funds for hoes he won’t ____?” -he wrote. 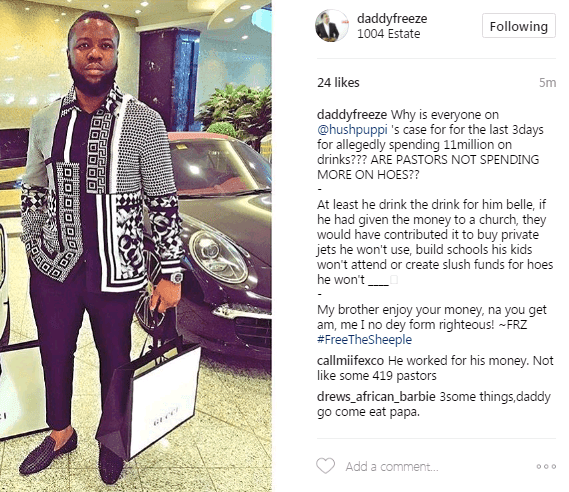 Bisola and Tboss gets involved in an ...