CLUB 57 HAS REPORTED THAT NO EFCC OFFICIAL ENTERED THEIR PREMISES

Club 57 has released an official statement concerning news of officials of the Economic and Financial Crimes Commission (EFCC) raiding their club and arresting people. 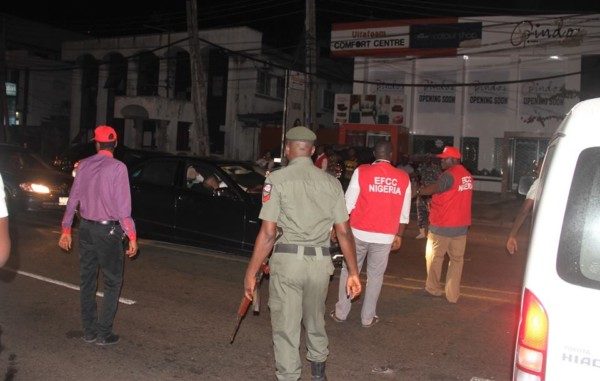 Some days ago, EFCC shared on Facebook a statement concerning the raid, saying 12 internet fraudsters were arrested following a tip-off. Club 57 has however come forward to say that no EFCC official entered their club.
The officials were stationed along Awolowo Road, Ikoyi, the statement read, and the arrests were made there. 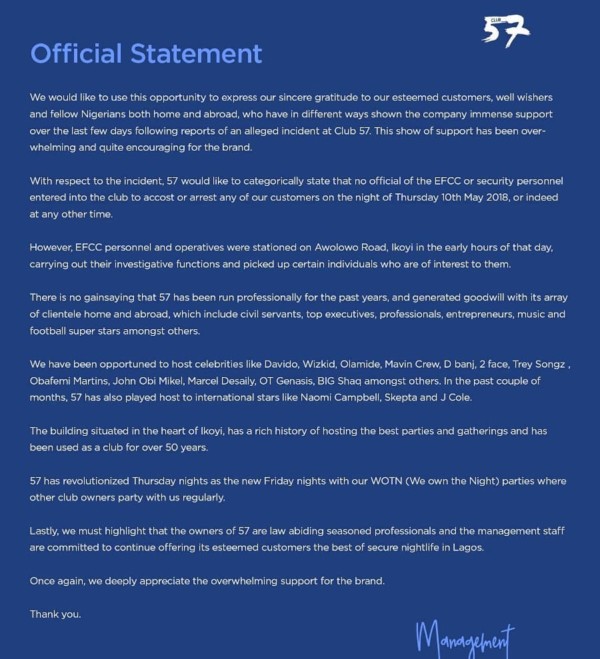 YEMI ALADE CLAPS BACK AT A FOLLOWER ...