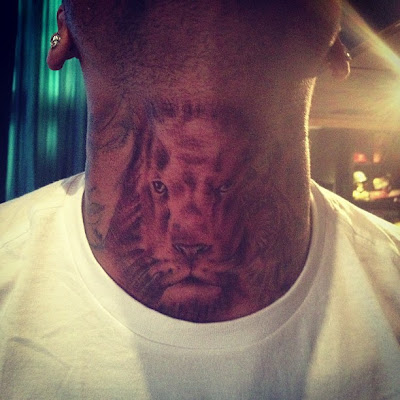 Chris Brown sparked many controversy over a tattoo on the side of his neck of a battered woman’s face. With many saying the ink has a slight resemblance of his on-again[one_fifth_last][/one_fifth_last] girlfriend Rihanna.

Now, the 24 year-old ‘Fortune’ singer is showing off his new tat of a lion’s face, saying it’s the “Symbol of Christ and Freedom.”

Girls Day Out With L’Espace by LPM ...