Chidinma stars in her first feature film ‘The Bridge’

OSG MEDIA
0
Chidinma Ekile brings to life her acting talent with her debut into the movie industry in the romantic movie ‘The Bridge’ produced by Lasun Ray and directed by Kunle Afolayan. She plays the role of Stella, a young lady from a distinguished Igbo family who falls in love and secretly marries Obadare, a Yoruba Prince against her parents’ wishes.

The Bridge tells the story of Obadare, a Yoruba prince and Stella, a young lady from a distinguished Igbo family whose relationship is threatened by tribal prejudice and parental plans for their children’s life. When the couple secretly got married against their parent’s wishes, the consequences shake the very foundation and sustenance of both families.

Watch out for Chidinma’s outstanding performance in ‘The Bridge’. The movie will be in cinemas nationwide from the 8th of December 2017. 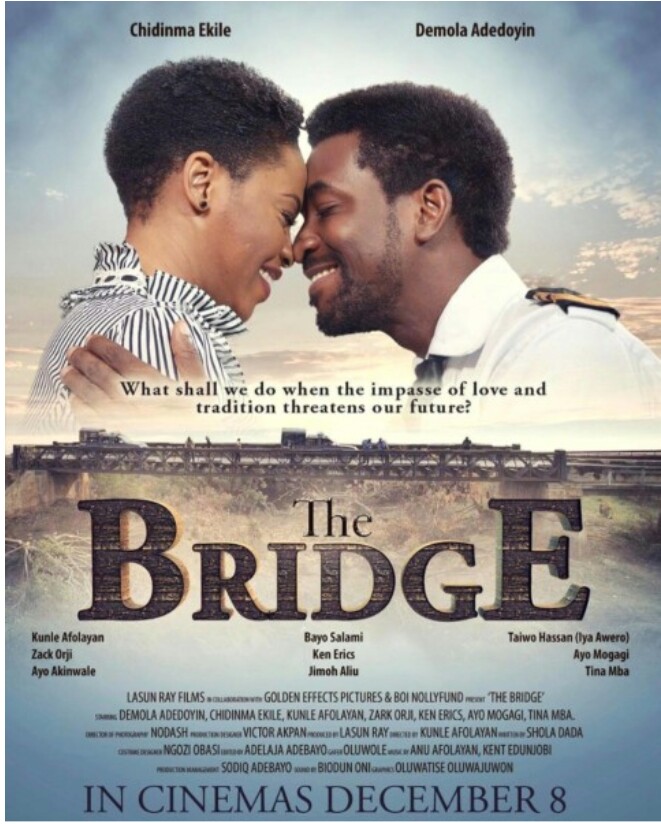 Chidinma Ekile Hillary is the sixth of seven children born on the 2nd of May. She hails from the eastern part of Nigeria. Imo precisely. She had been singing in the church choir before she won the third edition of Project Fame in 2010 and she started working with Tobechukwu Ejiofor Melvin (ill Bliss) as her manager, she became the first female musician to peak at number 1 on the MTV Base official Naija Top Chart. In 2011, she released her self-titled debut studio album “Chidinma” where she worked with producers like Tha Suspect, Teey Mix, Cobhams, Oscar, and Wiz boy, she eventually met Clarence Peters and got signed to his record label Capital Hill Record.

She won her first award for the Best Female West African Act Category at the 2012 KORA Awards in Ivory Coast and the award plaque was presented to her by Didier Drogba. She performed Kedike at the ceremony. She also performed at the MTN power of 10 concert, a 10 city tour that celebrated MTN Nigeria 10 year anniversary in 2011.

She was nominated at the MTV Africa Music Awards 2014for Best Female, at the Headies for Best Collaboration Video of the Year ( emi ni baller featuring Illbliss and Tha Suspect), Best Afro Hip Hop Video. She won the Best Pop Extra Video Awards at the Nigerian Music Video Awards (NMVA). She won the Student Choice Best RnB /Pop Artiste of the year at the Nigerian Oscar Award 2015.