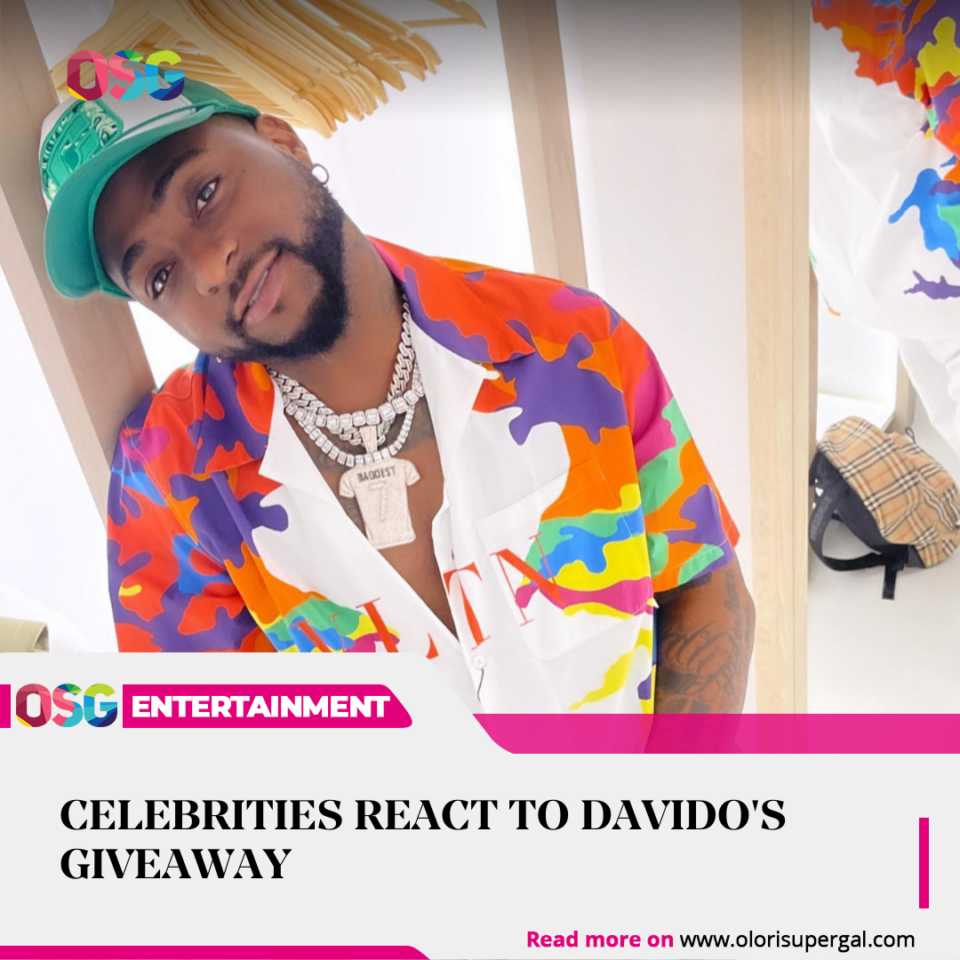 Singer, Davido decided to give away the N201 million he had gotten from his birthday donations along with the sum of N50 million from his purse all to orphanages across the country.

This came as a shock to a lot of people, as the artiste began the donations as a joke of him supporting people for a long time, and now they should support him.

After raising to N201 million in less than a week, the award-winning musician has decided to give it all away.

And here are what some celebrities said about his decision;

There is no greater service than the service to humanity. Not to self but to those who are in greater need. Bless your Heart King David.

Davido isn’t just a great musician, he is a man filled with empathy and love. When it comes to generosity and lifting people, Davido is far up.

History will be kind to him!

Davido is much wiser than those who gave him monies. He understands the spiritual realm and the ways of God. He has secured a soft spot in the Heart of God by virtue of James 1:27. I commend him. What a heart of Gold. Those who gave to him should read Proverbs 22:16

I love how most people are not surprised at Davido giving all the money away, speaks more about who he is… A giver! Such a beautiful heart!!

Dear @davido , I know you’re my guy but this one shock me.

Here’s a quick prayer for you: YOU WILL NEVER LACK AND NEVER LOOK FOR HELP & NOT FIND IT IN JESUS NAME. AMEN

Fans and friends took to Twitter to commend the celebrity and appreciate him for his gesture.

The singer set up a five-man panel to manage the disbursement of the donations to the orphanages.