The 25-year-old pregnant rapper, Cardi B opened up about her previous life in an interview. Cardi B got injections for butt implants when she was 21.
The “Bodak Yellow” artist went to a basement apartment in Queens, New York where she paid $800 to have a woman inject her butt with fillers.

“They don’t numb your ass with anything,” she told the magazine. “It was the craziest pain ever. I felt like I was gonna pass out. I felt a little dizzy. And it leaks for, like, five days.”

Cardi B told the publication she wanted a bigger butt because her boyfriend at the time had cheated on her with a woman who “had a fat, big ass.” She also noticed her colleagues with bigger bums made more money stripping than she did.

After getting the procedure, the “Bartier Cartier” star planned on going in for a touch-up; however, the woman that gave her the fillers was suddenly unavailable.

“But by the time I was gonna go get it, the lady got locked up ’cause she’s supposedly killed somebody,” she told GQ. “Well, somebody died on her table.”

The mother-to-be also opened up about being in a gang.

“When I was 16 years old, I used to hang out with a lot of…Bloods,” she told the magazine. “I used to pop off with my homies. And they’d say, ‘Yo, you really get it poppin’. You should come home. You should turn Blood.’ And I did. Yes, I did.”

Cardi B eventually left the gang to strip, which she started doing when she was 19 years old.

“When I was a stripper, I didn’t give a f–k about gangs, because I was so focused on making money,” she said.

“Sometimes it’s almost like a fraternity, a sorority,” Cardi B said. “Sometimes it’s like that. And sometimes I see people that’s in the same gang kill each other. So sometimes there is no loyalty. Sometimes you gotta do certain things to get higher, to get higher and higher. You’re doing all of that and you not making money off of it. That’s why I don’t talk about it much. Because I wouldn’t want a young person, a young girl, to think it’s okay to join it.” 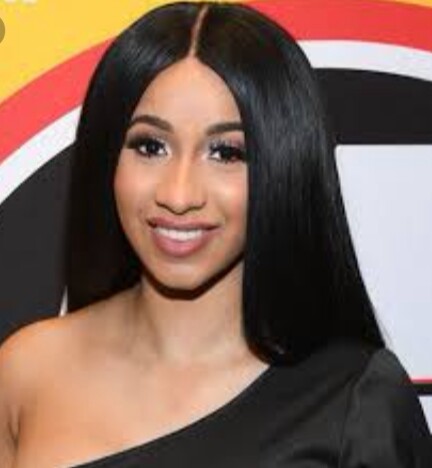 While butt injections and gangs didn’t scare Cardi B, the artist admitted she still gets nervous meeting certain celebrities. In her words, she was extremely excited to meet Beyonce for the first time.

4 Things Every Nigerian Can Relate To ...