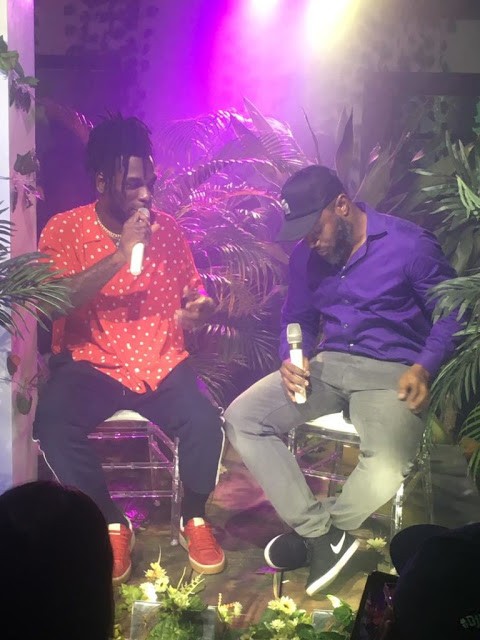 He thrilled a selected group of media executives and celebrities to an exclusive taste of his forthcoming album titled “Outside”.
Some celebritues present include Davido, skales, Phyno and others.

The event, was held at WéRé House in Lekki, Lagos on Monday. The album, will be released on all digital music platforms on the 26th of January under Atlantic Records.

Douglas Jekan of The Beat FM was the host and he led a cheerful Burna Boy through a series of questions about the album.

Burna boy listed ‘Where I’m from’ as his favourite track and his most personal song on the album.
He explained how a trip to Port Harcourt led to the track, ‘City Vibration’ and recounted how his experience with Drake led to ‘More Life’, the album’s opening track.

He said, “Heaven’s Gate’s fast tempo is a departure from my usual mid-tempo style and has a dancehall vibe that permeates the instrument. The song is a fine blend of cockney vibes and Indian rhythm that gives the song a more diverse appeal
The video was shot on location in London.