Arguably Naija’s most consistent and best fully scripted concert experience, Buckwyld n Breathless returns with pomp and a burst of spirit. The internationally acclaimed concert which has repeatedly broken its own record is set to post yet another breath-taking event with the theme, Power of 1, a call to social action.

In its usual tradition, chart-topping pop legend 2Baba, is leading a stellar line-up of headliners which includes screen god, RMD, the multi-talented award-winning Falz and irrepressible Phyno, alongside an assemblage of powerhouse acts, such as power vocalist Timi Dakolo, the Zigima King Bright Chimezie, Musicomedian Kenny Blaq, and of course, the regular host-with-the-most, Andre Blaze. 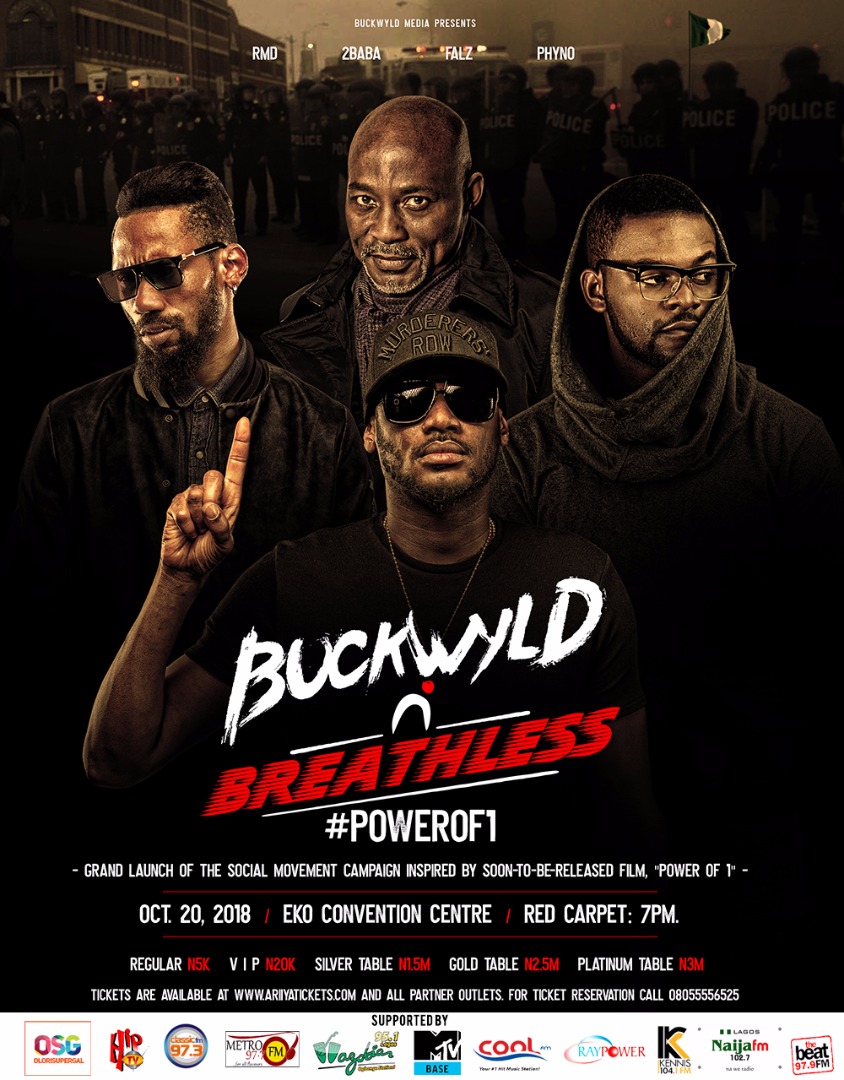 Feelers from Buckwyld Media Network camp, producers of the event say plans are on to surpass all previous editions.

The prestigious Eko Convention Centre will come alive on Saturday, October 20 at 7 pm as Buckwyld n Breathless takes centre stage again. In the cool but emphatic words of Efe Omorogbe, Executive producer ” the concert will be just the right platform to officially birth the social movement campaign inspired by the soon-to-be-released blockbuster, “Power of 1”. He however assured fans of a heightened entertainment value designed to inspire.

This year’s event is supported by The 2Baba Foundation in association with One Voice Nigeria, Enough is Enough (EIE), Vote Not Fight and a host of others. Guest will be opportune to catch a sneak preview, of the movie, Power of 1, which seeks to promote the belief that one person’s affirmative action can deliver positive outcomes.

Buckwyld n Breathless: #PowerOf1 is poised to use the vehicle of a fully scripted music concert to challenge everyone in general, and young Nigerians in particular to embrace the responsibility of fixing Nigeria one challenge at a time.

UN honours Omotola Jalade as one of ...