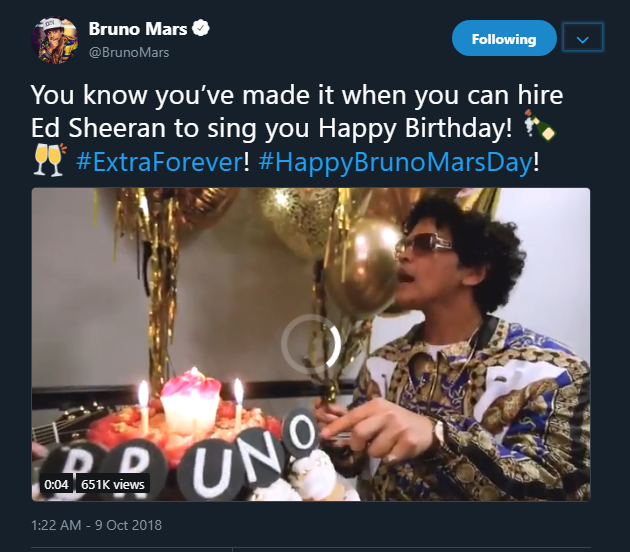 In the video, which was shared on Twitter, Sheeran can be heard singing “Happy birthday to three-time Super Bowl-performing Bruno,” as Mars munched on a platter of ‘customized’ cupcakes. The event took place at the backstage of his “24K Magic Tour” stop at Nashville’s Bridgestone Arena. The tour kicked off in September with various celebrities such as Ciara, Charlie Wilson, Ella Mai and Boyz II Men joining him on the road.

BURNA BOY GOES ABOVE AND BEYOND EXPECTATIONS ...