Brazilian soccer club, Chapecoense that was devastated by a plane crash in the mountains of Colombia last year, made an emotional return to the scene of the disaster yesterday, May 9. 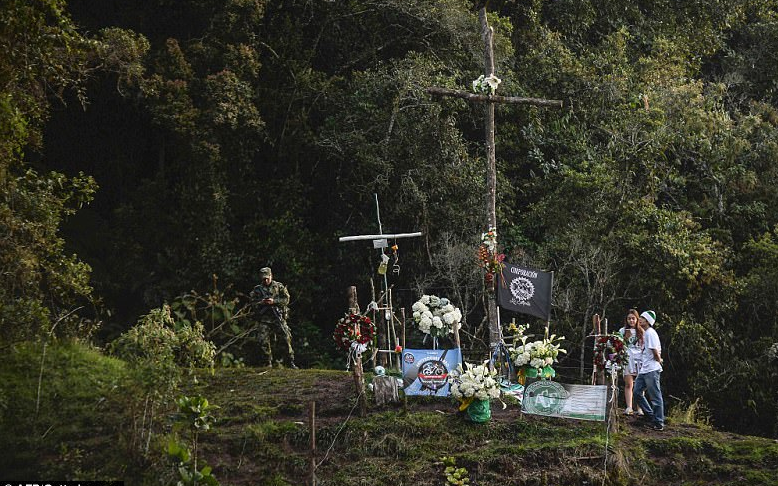 Among the three players who survived the tragedy and made the return journey was goalkeeper Jackson Follmann, who lost part of his leg in the accident.

”I had to see this for myself to know what happened,” Follmann said, standing in heavy rainfall that provided a somber tone to the visit. ”It was a miracle of God.”

Recall that a chartered plane carrying players of Chapecoense club  crashed a short distance from Medellin’s international airport, killing all but six of 77 people aboard, including 19 players.

The team was traveling to Medellin almost six months ago to face Atletico in the Copa Sudamericana finals when its chartered plane from Bolivia crashed after having run out of gas just a few minutes before landing.

Follman said he hopes to one day play Paralympics soccer while Ruschel holds out hope of rejoining Chapecoense.