Black Panther star, Chadwick Boseman recently revealed that Hollywood Denzel Washington was largely responsible for his success as he covered the cost of an acting program he attended at Oxford while he was a student at Howard University. 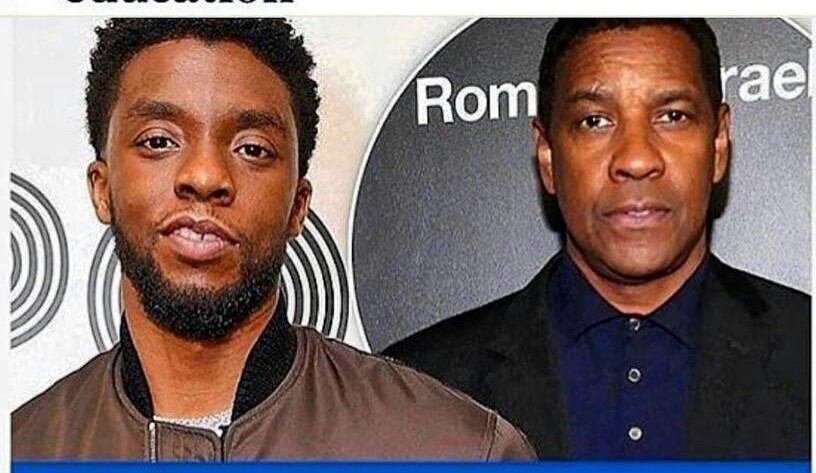 Chadwick is an American actor whose ancestry test, has proved that his family is descended from West African peoples: the Limba and Mende people of Sierra Leone, the Yoruba of Nigeria, and the Jola people of Guinea-Bissau.

Chadwick however, revealed that he never got the chance to thank Denzel Washington in person for his generous gesture. Thankfully, he recently got his chance to express his gratitude, and the Oscar-winning actor’s response was perfect.

Washington paid for Boseman to attend a prestigious summer theater program at the University of Oxford.

Boseman revealed that it was after the program had ended, that he learned through a beneficiary letter that Denzel Washington funded the program.

The Black Panther star added that he wrote Washington a thank you letter, but refrained from speaking on it for the next 20 years.

“I’ve basically been holding this secret my whole career,” he told Jimmy Fallon on The Tonight Show while explaining that he did not want Washington to feel like he owed him anything more.

Thankfully, Boseman received his chance to thank his benefactor, in person, at the New York premiere of his massively successful film, Marvel’s Black Panther.

“I met him, before the article came out,” he said. “So, I actually lived up to what I originally wanted to do. It was amazing.”

On thanking Denzel Washington, here is the funny and epic response Chadwick got from Denzel: