After series of protests and reactions trailing the rape allegations against Biodun Fatoyinbo of COZA by Busola Dakolo, the senior pastor of the embattled church has decided to take a leave of absence from church activities and appearances.

He made the news public on his official Instagram page saying that the decision was a tough but necessary one while adding that it was also in the best interest of the church members. He also mentioned; “MY CONFIDENCE IN THE LORD REMAINS UNWAVERING” 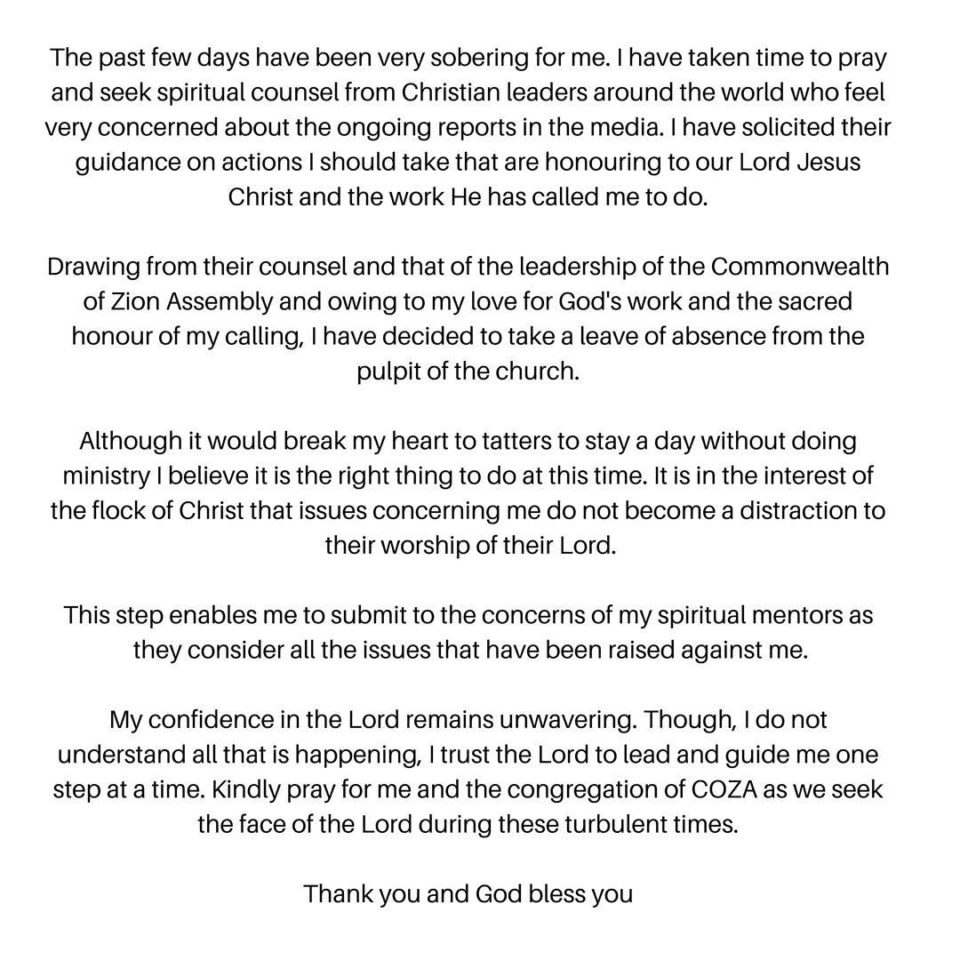 Meanwhile, in light of the several accusations brought forward in the past as well as recently, public interest lawyers have risen up, offering to take up the case in favour of Busola Dakolo at no cost.

#TrafficRules: These Offences Could Land You In ...