Did you miss Day 55 of the Big Brother show? Below are the highlights.

..And it gets complicated in Big brother’s house. #BBNAIJA 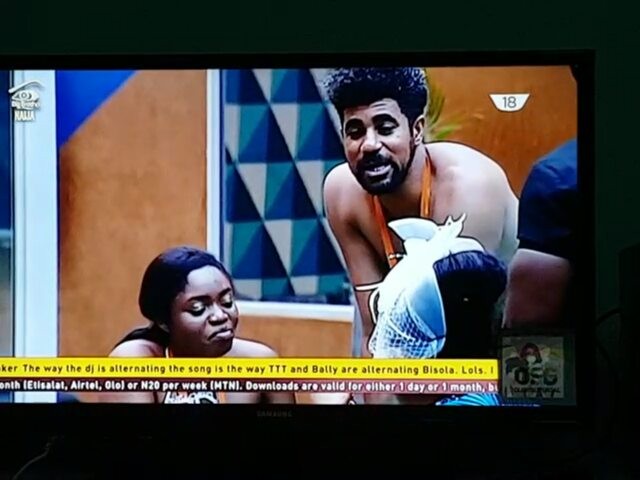 ?Bally professes his love to Bisola after the Saturday night party.

?Thin tall Tony tried to get Bisola to the executive bedroom for them to have some time together. She followed him upstairs, they shared a kiss but she made it known to him that he friend zoned her since he spends more time with his crush, Tboss. ?Debie Rise saw Tboss talking to Bassey in the kitchen and she didn’t like the fact that Bassey was talking to her. From the look on her face, we could tell what was going on in her mind.

?Bally apologized to Bisola for not getting her outfit ready and he also used the opportunity to tell her that he loves her. He mentioned he told Kemen and Marvis about his love towards her. Bisola didn’t believe Bally cos she felt that he had so many opportunities to tell her.
?Bally told Bisola that she spends more time with Thin TALL Tony every second and most times she calls his name if he is not around her.