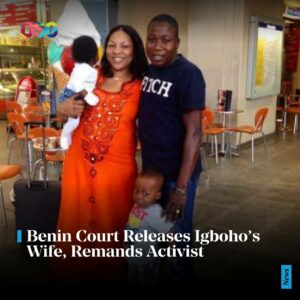 The 49-year-old activist, who was arrested at Cadjèhoun Airport in Cotonou on Monday night, in a bid to catch a flight to Germany, is being tried for immigration-related offences.

The court, ordered the release of Igboho’s wife, Ropo, while the activist was returned to cell, after three judicial proceedings.

The proceedings, which started at 10am, ended at about 8pm, with intermittent breaks. The lawsuit was adjourned till Friday, but it was gathered that the court might not sit today (Friday).