BECCA REACHES OUT TO YOUNG GIRLS ON IMPORTANCE OF SANITARY EDUCATION 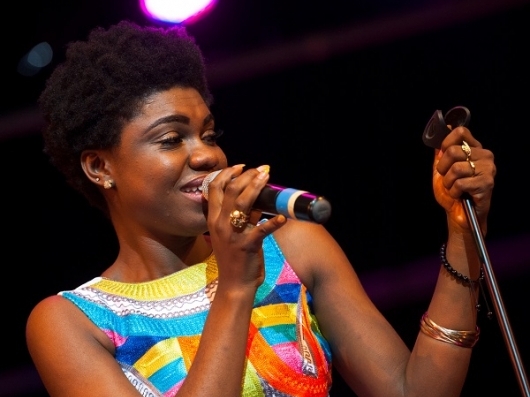 Apart from her music career, Becca is known for her love for reaching out to young girls. In 2013, she headlined the annual Girl Talk concert, which started in 2011.

Back then, after graduating from Croydon College, she became a child care and education worker. She also set up a rescue organization which is aimed at raising funds to help promote the awareness of children affected by HIV AIDS as well as imprisoned children in Ghana and hopes to go beyond Africa and around the world.

She reached out to young girls at a community event recently, speaking to them on the importance of sanitary education and she gave out sanitary pads and sanitary products.
kudos to Becca for using her celebrity status to help young girls and the society.