History was made yesterday in the Champions league as Barcelona faced PSG in the second leg for the qualifications for quarterfinal.

We could as well name the match the final match because it was everything and more. PSG had a one leg advantage after winning in their home.

Luis Suarez slotted in an early goal in the 2nd minute and that started and brought Barcelona back to their game. An own goal was scored by PSG before the end of 1st half. 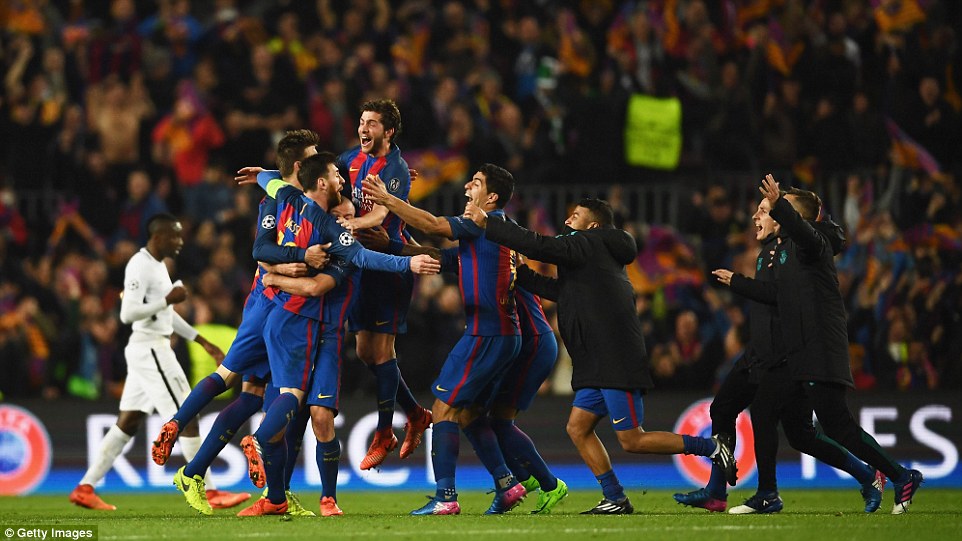 The most insane moment of football was in 87th minutes, Neymar had a brace within 3 minutes. It was settled 5-5 aggregate, then the man of the match assisted a goal almost the 95th minute which was scored by Sergio Roberto. It was the craziest 8 minutes in the history of football.