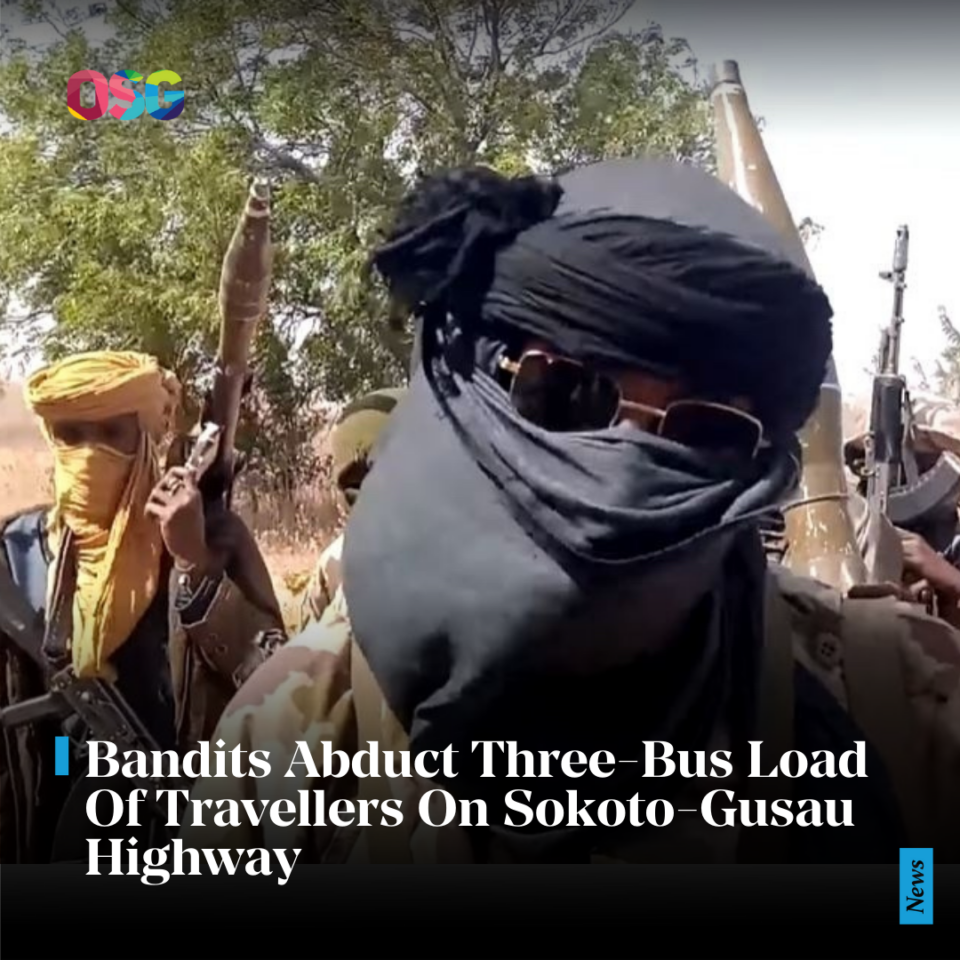 Gunmen, blocked the Sokoto-Gusau road and kidnapped passengers in three buses belonging to the Sokoto State Transport Authority, on Sunday.

According to a motorist, Alhaji Mohammed Yusuf, who narrowly escaped the abduction, the gunmen blocked the road near Dogon Karfe around 3pm and kidnapped all the passengers in the three buses.

He said, the gunmen suddenly came out of their hiding place and started shooting in the air, thereby forcing the vehicles to stop.

They abducted all the passengers in the three vehicles, as well as the drivers.

Yusuf also said that when the bandits disappeared into the bush with the victims, the other motorists, including himself, drove as fast as they could out of the scene in case they returned to abduct them.

The spokesman for the Zamfara State Police Command, SP Mohammed Shehu, could not be reached on his mobile telephone.