“APC Knocked Us Down But We’re Now Pummeling Them To Submission”: PDP Boss, Muazu, Reviews Campaign 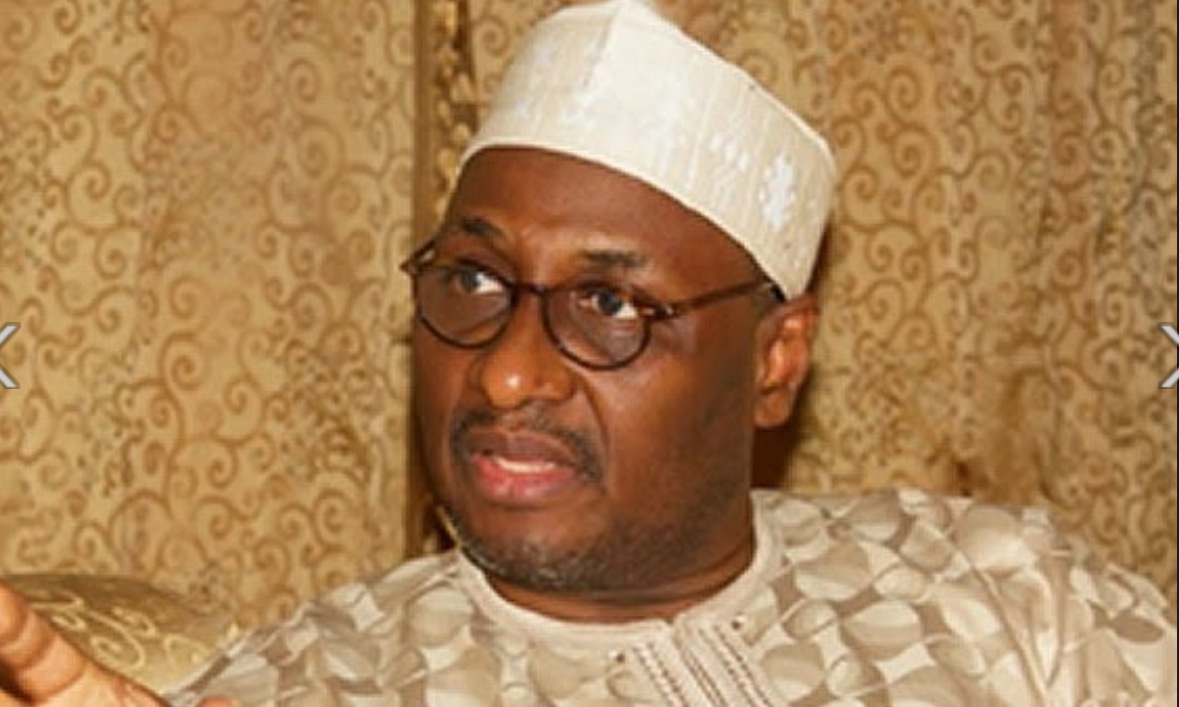 The national chairman of the Peoples Democratic Party (PDP), Adamu Muazu, has expressed confidence that his party would emerge victorious by the time the elections are held this month.

In a statement signed by his spokesman, Tony Amadi, the chairman said that a victory for the PDP would be well deserved as they have put their best foot forward.

“When the campaign started, it was clear that the opposition had gone far in distorting the achievements of our great party. When they shout change, they don’t tell Nigerians what they want to change.

“Do they want to change the sound educational policy of the PDP, which has been hailed all around the country as the route to transformation of the country’s democratic institutions?

“In the North, the popularity of our Almajiri schools system has finally solved the educational backwardness in the three zones of the giant North. We shall follow this up with a revolution of the normadic education system started positively by the Babangida regime in the 1980s and we would have wiped out ignorance.”

On the security crisis in the country, Muazu said “positive results are emerging from the combined forces of our neighbours, who have realised that Boko Haram is not just a threat to Nigeria, but also a major regional threat and the need for a combined effort to wipe out this Al Qaeda inspired menace should be dealt a fatal blow by a combined regional force.

“What will APC change in tackling the insurgency as they have claimed every day of the campaign? Absolutely nothing! All that they will change is that they will apply their propaganda expertise and confuse Nigerians even more.

“The PDP juggernaut is up, running and is unstoppable. Political campaigning is not about mounting the soapbox and shouting APC Change! APC Change! Change without proper analysis and costing is simply time wasting.

“I expect that the APC should have handed down what their budget would look like this year if they won, and show Nigerians where they will get the money to finance their mountain of promises, but nothing of the sort has yet happened as the campaign closes.

“This is the least that Nigerians deserve, not a conglomeration of failed political parties with nothing to offer than to promise heaven and earth. If the PDP was merely lily-livered, it should have collapsed with all the poaching of our best brains and the defection of our members.

“Yes, we were knocked down, but we are not out. We have in fact stood up to their challenge and now pummeling them to submission.

“My take on the campaign so far is that we have a great chance in the North-west and North-east, and North-central is our usual hunting ground where we normally excel.

“The huge votes of Kano will be shared equally because our leadership there has done a great job, thanks to the fighting spirit of Education Minister Shekarau, coupled with the unsure steps of the governor which has prevented him from getting involved in pushing their presidential candidate.

“The South-west was already rooting for the PDP after the deceit of their party was exposed with Afenifere, UPN and the OPC rooting for us while the South-east and South-south were already a no-go areas for the opposition despite their pretences in Imo, Rivers and Edo States.

“I want to specially thank our star performers in the grassroots campaign train all over the country. I can shout it to the high heavens that we are the champions.”