AMVCA 2017 – Highlights From the Prestigious Award Show Through Our Eyes

The AMVCA is unarguably one of the biggest and most organized movie awards in Nigeria and Africa as a whole. The event is aimed at celebrating creatives and stakeholders in the African film industry. So here are some random highlights from the event.

Blossom Chukwujekwu and JJC took the award for this one, the two men were all over their wives, Maureen and Funke Akindele, making sure that they were comfortable and many times the dapper men adjusted their wives’ outfits. It was cute to watch. Ay, Timi Dakolo, Gbenro Ajibade, and Olu Jacobs also attended the event with their wives and the duos looked smashing respectively. 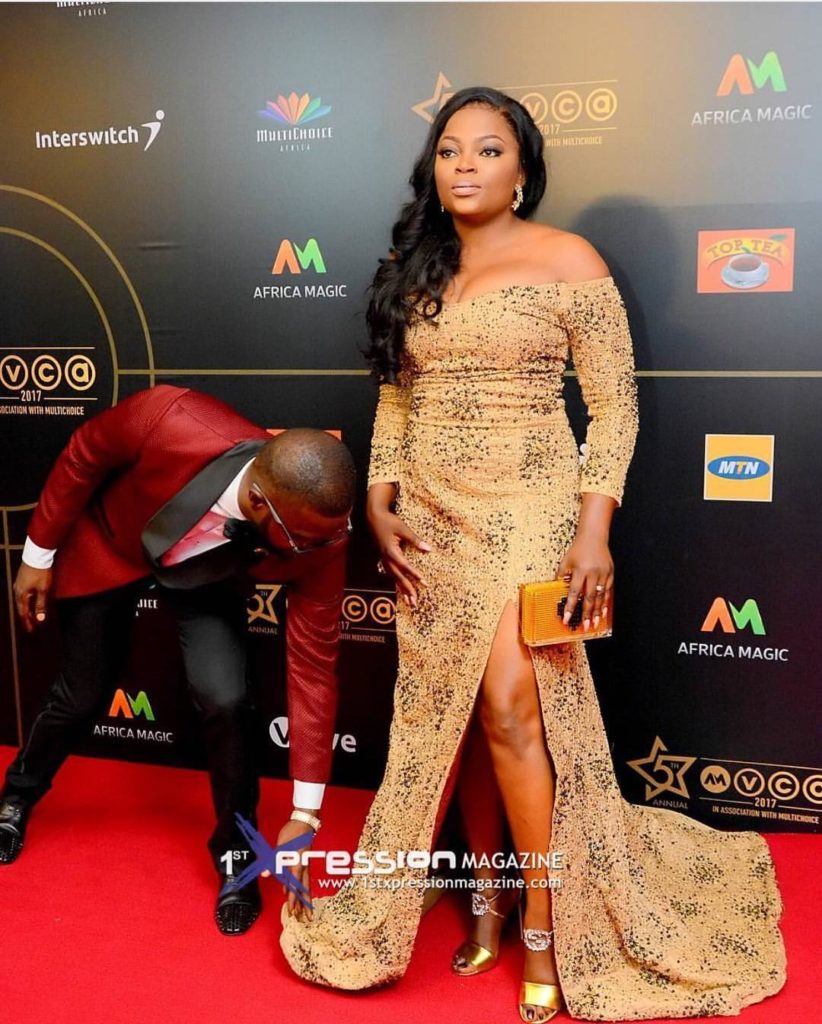 The ex- housemates were present at the prestigious award show. Miyonse and Jon came pretty early, Soma and See joined later, then Gifty was spotted coming in with Mr 2kay. Well, at least people are sure the two are lovebirds now. Ese looked absolutely smashing, it’s almost hard to remember her as the busy fake housemate because her switch up game is next to none. 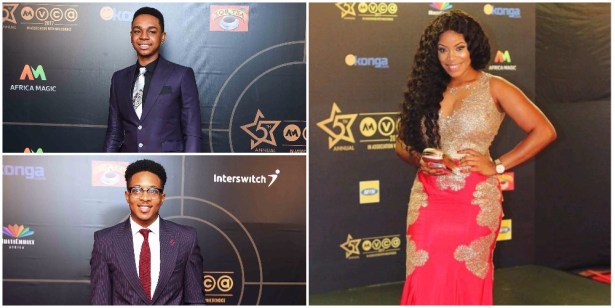 Nancy Isime definitely got a lot of attention last night with her green cape/jacket paint with a sequined dress. Many guests were unsure of the point she intended to make, but each to his own, other fashion icons made up for this green eyesore with their amazing outfits. 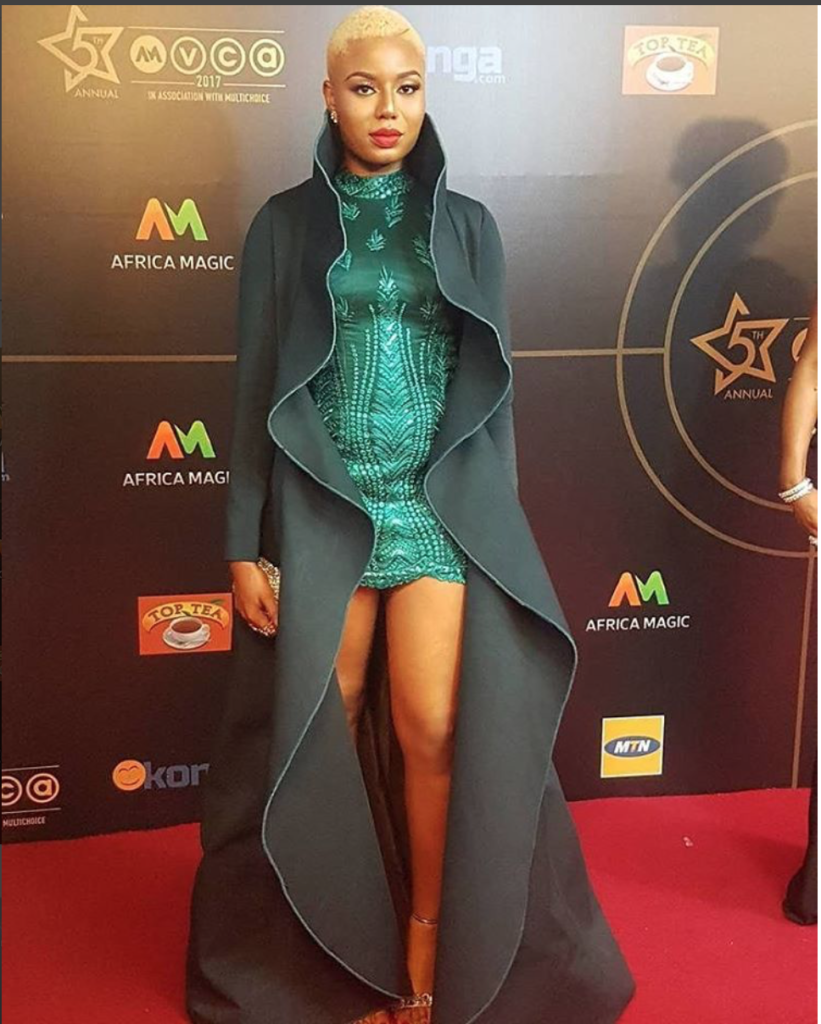 Belles of the Night

Toni Tones and Nana Akua add0 told the night in their gorgeous gowns. Their dresses can be described as ethereal and the two definitely nailed their looks. Seeing them reminded a lot of people of Disney princesses and they remained sights to behold all night. 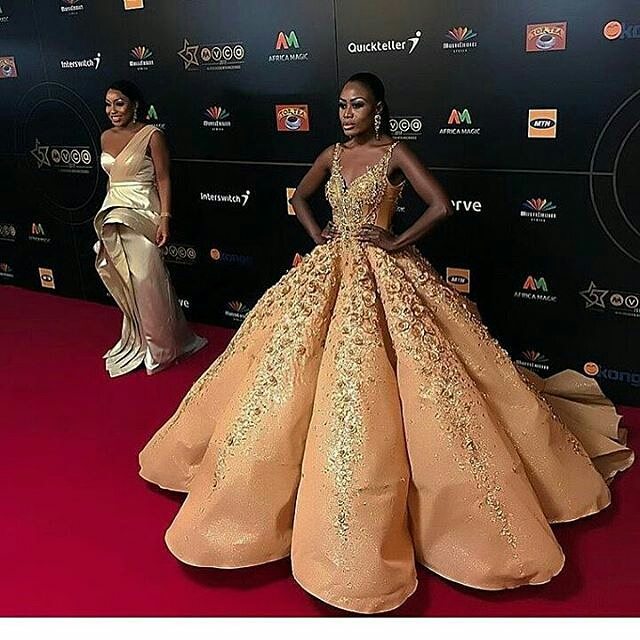 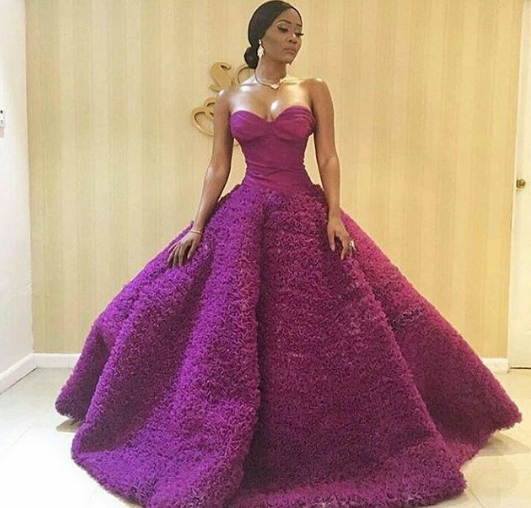 So the life-size amvca awards prop which was placed on stage as part of the set decoration fell during one of the award presentations. The noise the props made when it hit the floor was so loud the show literally stopped for a second. As expected, the efficient stage directors rushed to the rescue and return the award back to its proper position. 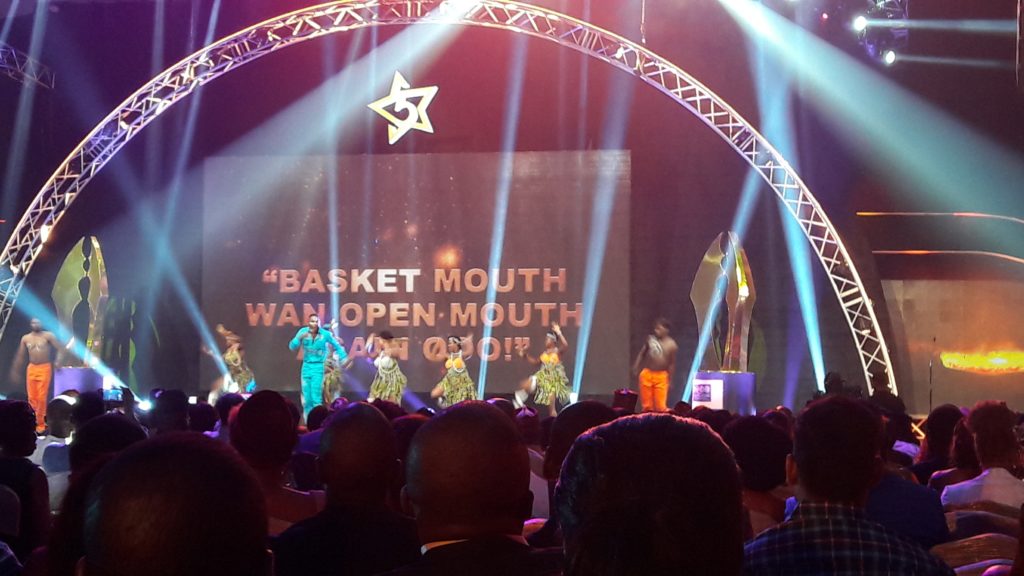 Rita’s dress was so beautiful in reality, but seeing the pictures online, one would wonder how many other outfits that have been destroyed due to bad lighting and picture angles. The dress was made by Lanre Dasilva-Ajayi, she couldnt have chosen a better muse. 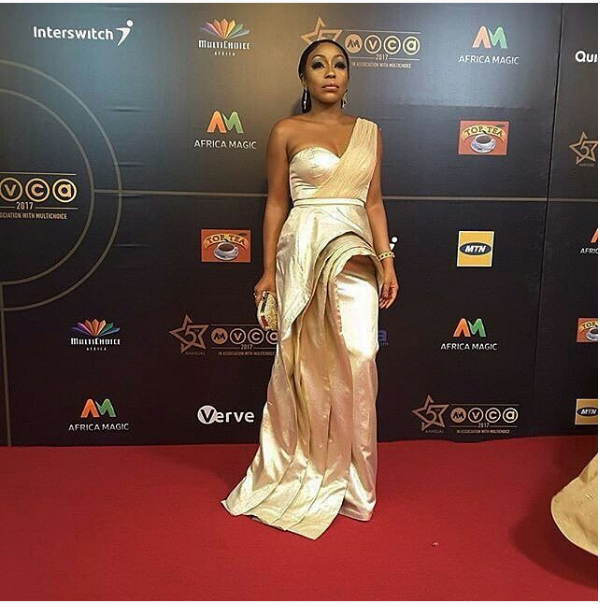 Well, ALOT OF celebrities came on stage and managed to garner sorts of emotion from those present in the audience. However, the two speeches that really got every one was that of  Sambasa Nzeribe and Somkele Idhalama. The two won awards for Best Actor in drama, and trailblazer award respectively. To be very honest the two of them were a breath of fresh air because not a lot of people predicted their win. 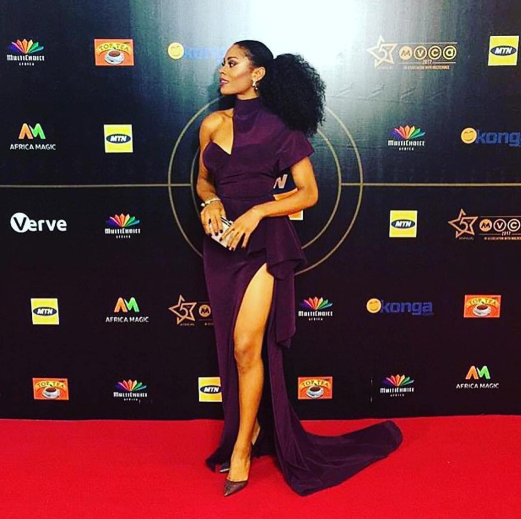 Last but definately not the least, our hosts of the night, Ik and Minnie brought their A-game on stage, the two of them literally owned the stage. They had an amzing chemistry like no other, it was kinda refreshing to see them everytime they stepped on stage. 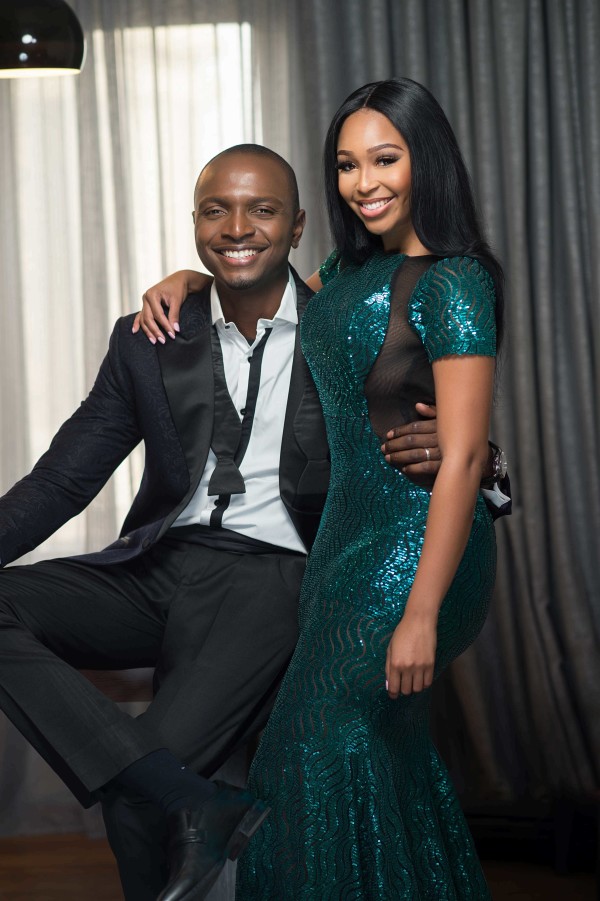