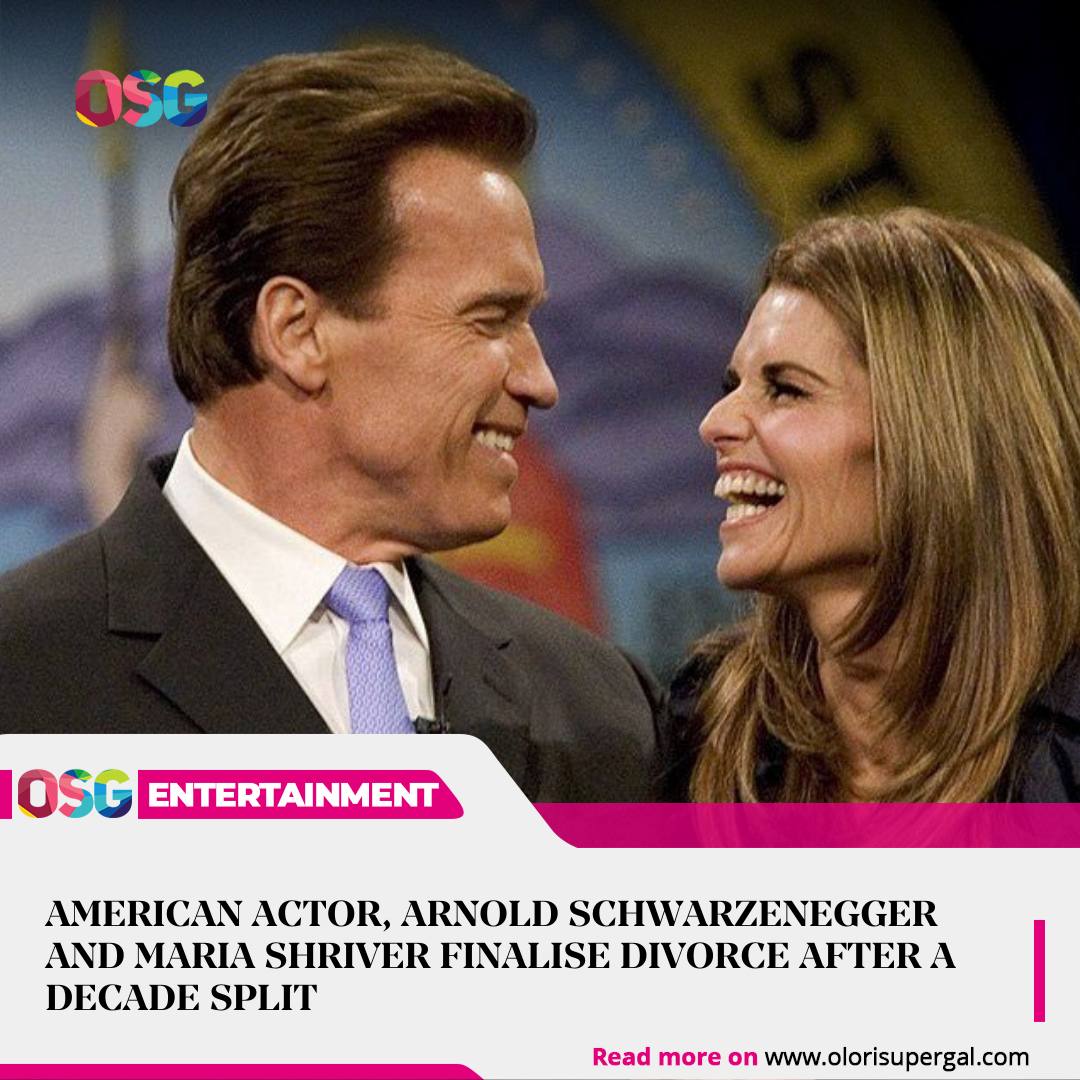 American actor and former politician, Arnold Schwarzenegger and Maria Shriver have officially finalised their divorce after a decade split.

According to TMZ, the marriage was officially annulled in a superior court in Los Angeles, the United States on Tuesday, 28th December 2021.

A private judge who mediated the divorce had signed off on it in early December 2021. However, the divorce was officially entered into the system by a sitting judge on Tuesday.

It was reported that the divorce took so long because of the complication attached to the property settlement arrangement. However, an estimated $400 million is involved, according to sources.

The marriage hit the rocks over a decade ago when news leaked that the actor fathered a child with the housekeeper.

Though the dup had moved on, Arnold and Maria had maintained a cordial relationship.